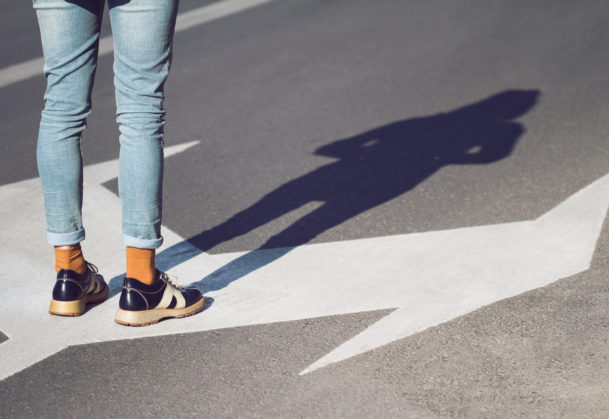 As any parent or teacher can attest, adolescents aren’t the most emotionally stable group of people. Yet it’s during those fraught years that many young people set off on pathways that have profound implications for a lifetime’s worth of career choices, including how much they make and how much they enjoy working.

But what if a person at 30 is very different from who they were at 16 or 17? Would they have pursued a different career or academic path if they had realized how much their personality would change—and how much they could potentially shape that change—during those formative years?

Research published in Psychological Science suggests that patterns of personality growth and maturation from adolescence to young adulthood have a greater bearing on career outcomes than adolescent personality traits and crystallized ability.  The research, based on two longitudinal samples of a diverse group of Icelandic youth and young adults, “tested whether long-term personality changes, such as becoming more conscientious during young adulthood, predict early career outcomes over and above adolescent trait levels and crystallized ability,” wrote Kevin A. Hoff, an assistant professor of psychology at the University of Houston, and colleagues. The findings “highlight the importance of personality development throughout childhood, adolescence, and young adulthood for promoting different aspects of career success.”

Drawing from research published over several decades, the authors point to the potential for public policy and educational interventions aimed at helping young adults develop personality-based skills and understand the objective outcomes of personality traits, including academic success and early job placement.

Personality traits “reflect relatively enduring patterns of thoughts, feelings, and behaviors that predict success in a variety of occupations,” Kevin A. Hoff, an assistant professor of psychology at the University of Houston, and colleagues wrote. “Research linking personality to career success has traditionally viewed personality as a stable set of variables that do not change meaningfully in adulthood.”

Yet stability does not preclude change, they added, and young adulthood in particular is marked by formative developmental changes associated with maturation.

In two studies, the researchers assessed representative samples of Icelandic youth (1,775 in all) over a period of approximately 12 years, from the ages of roughly 17 to 29. They examined whether personality changes during those years predicted five early-career outcomes: degree attainment, income, occupational prestige, career satisfaction, and job satisfaction. In analyzing mean-level changes in personality traits, they measured participants’ “Big Five” traits—agreeableness, openness, conscientiousness, emotional stability, and extraversion—using the Icelandic version of the NEO Five-Factor Inventory.

Across both samples, participants experienced the largest mean-level increases in their agreeableness, openness, and conscientiousness. Their emotional-stability levels held constant, but their extraversion levels decreased. In tracking how changes in these traits correlated with career outcomes, the researchers found that increases in trait levels were most influential for emotional stability, which affected participants’ income and career satisfaction; conscientiousness, which affected their career satisfaction; and extraversion, which affected both their career and job satisfaction. Adolescent personality traits, by contrast, proved consistently stronger predictors of degree attainment and occupational prestige relative to personality changes.

“These findings support the potential of policy actions aimed at improving human welfare by helping young people develop personality-based skills,” the authors wrote. “Such initiatives may be effective at various periods throughout the early life span, not just during childhood and adolescence, as most mean-level personality development occurs during young adulthood. Young people can also benefit by knowing that their current personality is not fixed; personality traits can be expected to gradually change over time. Given our findings on the importance of personality growth for early career outcomes, we also hope to see more research investigating methods that will help people to change their personality in desirable ways.”

When the Perfect Mentor Is Outside Your Network

Careers Outside of Academia: How to Land and Navigate

Psychological scientists who have chosen careers outside of academia share helpful experiences and tips. More