As APS hits its Silver Anniversary, The New York Times reports that our science is in a “golden age” (Brooks, 2011). Great timing! But before we become too excited, we should consider the base rates. Writers have identified psychological Golden Ages in the quarter-century after World War II in America (Pickren, 2012), the two inter-war decades in Vienna (Gardner & Stevens, 1992), and the last quarter of the 19th century in-and-around William James’s house (Feinstein, 1981). If you toss in the golden age of cognitive science (Lloyd, 1988), we’ve apparently been either fighting wars or striking gold nearly continuously since Wundt set up shop. 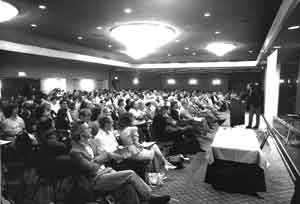 Yet the Times does seem right; three recent terms as APS convention chair convince me of that. What, then, makes our current era unique? How, and how much, has psychological science advanced during the history of APS? I thought it would be easy to find out. Just set the Way-Back Machine to 1989, APS Convention #1. Its keynote addresses, scratched out on those Mac IIs and IBM XTs, surely will look so quaint that they’ll reveal, at a glance, how far we’ve come. That’s what I’d been hoping, anyway. 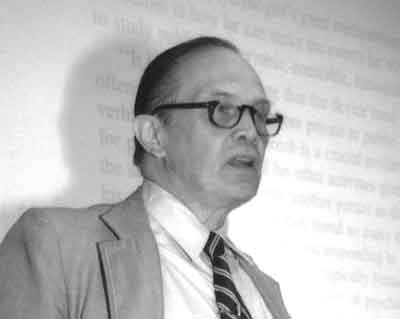 But it turns out that ye olde keynotes weren’t so quaint after all. If only James McGaugh had devoted his keynote on memory to Ebbinghaus curves. But instead he talked about neurohormonal systems and the amygdaloid complex. Why couldn’t George Miller have relived the 1956 magic of 7 +/- 2? Instead, a thoroughly modern Miller called for interdisciplinary research on language that combined psychological evidence, computer simulations, and “new techniques for . . . imaging the brain” (Miller, 1990, p. 13).

Other early APS keynotes sound contemporary, too. We recognize today (e.g., Champagne, 2009; Heyes, 2012) that nature and nurture are so intertwined that researchers must move “beyond any attempt to determine 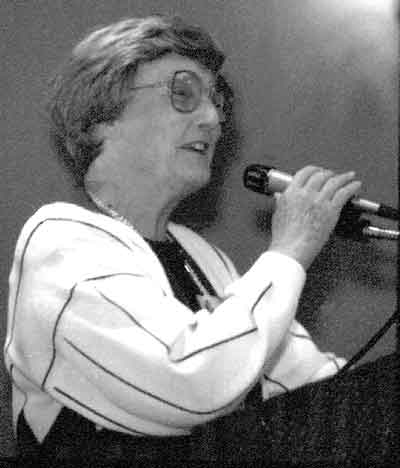 whether any piece of behavior is innate or learned, or to portion it out by percent learned and percent innate.” Apparently Eleanor Maccoby recognized this by 1990; the quote is from her APS Convention #2 keynote address. Recent APS presidents characterize today’s field as multileveled, with mutually complementary research at neural, cognitive, and social levels of analysis (Cacioppo, 2007; Mischel, 2009). If Herb Simon were here, he wouldn’t be surprised. His keynote at APS Convention #3 encouraged us to formulate scientific explanations at distinct neural and information-processing levels, while attending to the social and community contexts in which knowledge is acquired.

The prescience of the ’89ers raises the question: If you attended the first APS convention, pulled a Rip Van Winkle, and came back in 2013, what advances would you find truly surprising rather than merely incremental?

I’ll suggest two broad trends that cut across subfields of psychology. The first involves our data.

In the past, we often relied on data that were sparse. Brain imaging revealed activation at one region of the cortex. Behavior-genetic data involved twins rather than genomes. Students of personality and language studied words rather than narratives. Students of everyday experience asked people how they’d been feeling “in general.” In 1989, one might have expected a future filled with more and more sparse data. But today’s data are dense. Connectomics reveals dense interconnections among multiple regions of the brain (Sporns, 2012), epigenetics charts activation in profiles of hundreds of genes (Cole et al., 2007), textual analyses extract meaning from open-ended personal narratives (Ramírez-Esparza, Chung, Sierra-Otero, & Pennebaker, 2012), and intensive longitudinal methods (Bolger & Laurenceau, in press) provide rich descriptions of individual persons that reveal intra-individual variability across time and social contexts. Twenty-five years ago, much of our theorizing ran ahead of our data; Eleanor Maccoby was right, but it was hard for her to prove it. Today, our data are catching up. 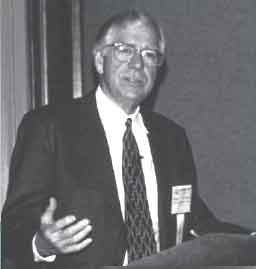 A second advance is the return of neglected phenomena. Topics once lost are now found. And they are big topics — central to psychology’s mission — so their return is significant. I’ll note two:

1. By 1989, consciousness, once our field’s main focus, had become “an unmentionable topic in science” (Prinz, 2012, p. 3). The term does not appear in the titles or abstracts of APS Convention Program #1. Anybody from 1989 who had, in fact, Van Winkled would be startled not only by today’s wealth of empirical findings but by theories that make substantial progress in relating neural activity to conscious experience (e.g., Damasio, 2010; Dehaene & Changeux, 2011; Tononi, 2012).

2. Students of human nature once embraced idiosyncrasy: the distinctive qualities of potentially idiosyncratic individuals (Allport, 1937; Murray, 1938). By 1989, idiosyncrasy was largely swept under the rug as investigators sought universal templates: fixed-variable systems for describing all persons. If you didn’t fit the template — if you were extraverted in some situations and introverted in others, but the variable system, come hell or high water, gave you a single extraversion score — you fell “outside of the realm of the comprehensible,” as Lewin would have said (1935, p. 14). Today, however, you’re inside! Advances in measurement enable “a major reorientation in psychological methodology” (Molenaar & Campbell, 2009, p. 116). Measurement targets the individual (e.g., Hamaker, 2012). Individuals can, for example, be represented as networks of thought, affect, and action, in which the network structure adjusts to reflect the idiosyncrasies of the individual case (Borsboom & Cramer, in press; Cramer et al., 2012). This development helps return us to a science of persons rather than between-person variables (cf. Cervone, 2005, Mischel 2004).

The number of contemporary advances that would surprise the ’89ers surely exceeds two. You’ve probably thought of some already. If so, it’s more evidence that APS’s 25th anniversary is truly golden.

You can share your thoughts about contemporary advances in psychological science that would “surprise the ’89ers” online at:  www.psychologicalscience.org/aps-at-25

Daniel Cervone is Professor of Psychology at the University of Illinois at Chicago and served as Program Committee Chair for the 21st, 23rd, and 24th APS Annual Conventions. He studies knowledge and appraisal processes that contribute to the coherence of personality functioning. He can be contacted at dcervone@uic.edu.