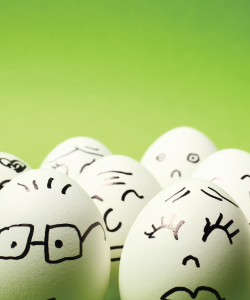 Ample research has identified links between personality traits and dozens of life outcomes, ranging from marital stability to vocational success. But how reliable are those findings?

Results of a replication project, results of which will be published in Psychological Science, show that this literature provides a reasonably accurate map of the relationship between personality and various aspects of one’s life.

The results of the project “provide grounds for cautious optimism about the personality-outcome literature,” author Christopher J. Soto of Colby College writes.

The project looked specifically at previously identified links between traits in the Big Five model — openness to experience, conscientiousness, extraversion, agreeableness, and neuroticism — and 48 individual, interpersonal, and institutional outcomes ranging from subjective well-being to personal behavior to occupational performance.

Soto and his research assistants then sent questionnaires to four online samples totaling more than 6,100 adults, using a version of the widely-used Big Five Inventory to measure personality traits, as well as various measures of life outcomes, such as career and relationship success, political beliefs, and criminal history. (Some of the outcome measures were abbreviated to conserve assessment time.) Concurrently, Soto and his lab team registered their hypotheses, design, materials, and analysis plans on the Open Science Framework.

In the analysis, Soto found that about 87% of the previous trait-outcome links replicated, although the effect sizes were smaller than those originally reported in 63% to 71% of cases, and substantially smaller 30% to 42% of the time. (The variability reflects some partial corrections for the fallibility of abbreviated outcome measures, he says in the report.)

Soto cites some limitations in the LOOPR project. The new data come from cross-sectional, self-report surveys completed by online research panels, whereas some of the original studies used longitudinal designs or other sources, including in-person interviews and community samples.  He notes that that replication effect sizes tended to be larger when the original study used a self-report survey to measure a specified outcome. As such, the LOOPR project represents a first step in examining the reliability of trait-outcomes associations, with the next phase ideally involving longitudinal designs and alternative sampling and assessment methods.