Observer > 2013 > April > Motivation, Ideology, and the Social Process in Radicalization 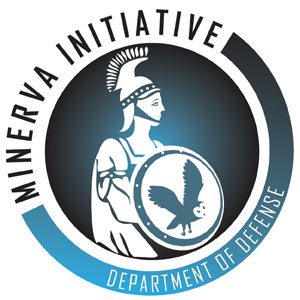 Mitt Romney hit the proverbial nail on the head when he proclaimed in a presidential debate that “we cannot kill our way out of this mess.” He was undoubtedly referring to the global war on terror that the United States has been waging for the last 12 years. The question remains: If not killing, then what?

To be sure, the United States’ struggle against terrorism boasts impressive achievements: elimination or arrests of major Al Qaeda leaders, dismantlement of terrorists’ logistical infrastructures, and severe blows to financial networks that supported terrorism. Despite these successes, experts disagree as to whether we are safer now than on the eve of 9/11, and Islamic extremism seems far from subsiding. If anything, radicalization seems to be on the upswing in the Middle East, Asia, and Africa. There is a growing danger that the Arab Spring is turning into a deadly winter, as the waves of democracy meet the rocks of fanaticism. To confront that danger, it is incumbent, therefore, to counter, reverse, and prevent radicalization. But first it is necessary to understand what radicalization is and what factors affect it. This task falls squarely in the purview of the social sciences.

To respond to the challenge, we assembled an interdisciplinary/international team of social scientists and computer science experts, developed a guiding conceptual network, and submitted a proposal to the Minerva Research Initiative competition sponsored by the Department of Defense. In April 2012, we received word that our proposal was funded at up to $4.5 million for five years, and we are currently busy implementing the initial phases of the proposed work. Our team includes psychologists, anthropologists, political scientists, and computer scientists. It is led by a University of Maryland group with APS Fellow Arie Kruglanski as the principal investigator (PI) and APS Fellow Michele Gelfand as a co-PI. Outside Maryland, the co-PIs are Scott Atran, an anthropologist and director of the Centre National de  la Recherche Scientifique in Paris, Claudio Cioffi-Revilla, a computer scientist at George Mason University, and Andrzej Nowak (psychologist, expert on dynamical modeling, and head of the Center for Complex Systems at the University of Warsaw). Other scientists involved in this project are APS Past President Douglas L. Medin (cognitive psychologist, Northwestern University), Robert Axelrod (political scientist at the University of Michigan), APS Fellow Baruch Fischhoff (judgment and decision-making expert at Carnegie Mellon University), Jeremy Ginges (social psychologist at the New School for Social Research), Marc Sageman (psychiatrist, with considerable operational experience regarding terrorism in Europe and the Asia-Pacific region), and Hamid Latif (sociologist and expert on attitudes and values in Egypt).

Finally, our team includes the Honorable Juan Carlos Zarate, former deputy assistant to the President and Deputy National Security Advisor for Combating Terrorism from 2005 to 2009, and Richard Davis, CEO and managing director of ARTIS Corporation. The scope of our research is broad, and it spans sites in the Middle East and the Maghreb, as well as South and Southeast Asia. Specifically, we will carry out work in Egypt, Morocco, Indonesia, the Philippines, and Sri Lanka.

The Conceptual Framework: Anchorage of the Quest for Significance in Sacred Values

Motivation: The “why” of radicalization. Our research program integrates the motivational, cognitive, and sociocultural levels of analysis into an overarching framework that lends coherence to multiple studies conducted under its aegis. Radicalization into terrorism is viewed as adoption of extreme means through which some goals are pursued. But what are the goals of terrorists and radicals? The literature on this issue is extensive: It lists a diverse set of motives that separately or in combination (as motivational “cocktails”) may define the goals of terrorists’ behavior. These included: honor, humiliation, heavenly rewards, devotion to a leader, vengeance, group pressure, and even feminism. Though all these are valid descriptions of specific cases, at root they appear to represent a more general concern referred to as the quest for personal significance (Kruglanski et. al., in press; Kruglanski, Chen, Dechesne, Fishman, & Orehek, 2009).The quest for significance is a broad motivational force, beyond utilitarian or self-preservation concerns (for survival, security, comfort, etc.). It has been recognized by leading psychological theorists under diverse labels such as the motivations for competence, effectance, achievement, self-esteem, or mastery, or as the “search for meaning.”

A crucial characteristic of the significance quest is its anchorage in “sacred values” (Atran, Axelrod, & Davis, 2007; Atran, 2010); these define what is worthwhile, moral, and admirable; what constitutes the “good life” that one should aspire to; and what actions individuals should undertake in given circumstances. The quest for significance must be of a sufficient magnitude to subdue and sacrifice utilitarian concerns, especially when it comes to high-risk, life-threatening behaviors.

Our preliminary data suggest that the quest for significance is aroused under three conditions: perceived significance loss (humiliation suffered by self or by one’s group, dealing a blow to one’s social identity); perceived threat of significance loss should one shirk the demanded mission; or perceived opportunity for considerable significance gain, by earning the status of hero or martyr.

The “how” of radicalization: The role of radical ideologies. Awakening the quest for significance does not yet increase the likelihood of radicalization or terrorism. In addition, the use of violence must be legitimized. Our model assumes that the group’s belief system, or ideology, sets up the platform for launching violence. When the group’s sacred values appear to have been violated or threatened, individuals receive a considerable boost to their sense of significance by confronting the group’s enemies at the risk of life and limb. In this way, the group ideology justifies violence in defense of sacred values (Atran, 2010) and defines terrorism as an effective and morally acceptable means of significance restoration. Not all individuals who buy into the violence-justifying ideology personally engage in violence; yet, all individuals who commit violence on the group’s behalf are likely to endorse a violence-justifying ideology. This conception assumes stages of radicalization in which the higher, more extreme stage (e.g., willingness to commit a suicidal attack for the cause) presupposes the lower stages (i.e., condoning violence as justifiable).

Social networking. Based on evidence from diverse terrorist groups across space and time (from members of Italy’s Brigate Rosse (Red Brigades), Provisional Irish Republican Army (IRA), Spanish Euskadi Ta Askatasuna (ETA), and Moroccan perpetrators of the November 3, 2004, bombing in Madrid, Spain) we assume that adoption of a group’s belief system (when it condones violence) is carried through a social process of group dynamics. This process may be instigated by (at times incidental) entry into a terrorism-condoning culture via family and friendship ties with members of terrorism-supporting networks; this may entail face-to-face contacts but also virtual meetings on websites, in chat rooms, or on blogs. Mere contacts with network members may evolve into deeper involvement under the spell of charismatic network leaders and propagandists. The specific structure of such networks (e.g., vertical or horizontal structure), their degree of interconnectedness, and their normative “tightness” versus “looseness” (Gelfand et al., 2011) may determine the rates at which ideologically inspired notions are diffused within the networks, how resistant the networks are to counterinfluence, and what kind of counterinfluence (e.g., bottom up or top down) is most likely to succeed within a given network.

Our research strategy combines top-down and bottom-up approaches. The top-down aspect consists of the general conceptual model described earlier in this article. The bottom-up aspect consists of field and laboratory data detailing how the postulates of our general model play out in specific sociocultural contexts (Gelfand et al., 2011) and of computational modeling of the processes of interest. We will use a variety of qualitative and quantitative methods of data collection in field settings, and our proposed subprojects are meant to converge on an understanding of collective violence and the cultural, social, and psychological factors that underlie it. A key feature of our research program is a focus on in situ field studies. It will include surveys and interviews with community samples, and with detained terrorism suspects in various terrorism-prone locations. Based on these conceptual and empirical analyses, we aim to ultimately articulate a set of culturally sensitive best practices to address the dangers of radicalization.

Carrying out interdisciplinary research of the scope proposed here is not without its challenges and obstacles. Integrating work by diverse teams and working with different methods and at different levels of analysis can be mind boggling; nonetheless, it is a welcome challenge that promises to bring enlightening diversity of insights into a common problem. A different, less intellectually gratifying set of challenges concerns the legal, diplomatic, and bureaucratic requirements involved in the execution of sensitive research in countries where degrees of alliance and warmth toward the United States may vary. Foreign government approvals need to be negotiated, local cooperation needs to be ascertained, effective translation of materials to multiple languages needs to be carried out, and, of utmost importance, the rights and safety of our research participants need to be guaranteed in places where institutional review board concerns are often unheard of. These tasks are novel, and often outside the comfort zone of social scientists used to the familiar rules and norms of typical academic research. At the end of the day, however, the difficulties, obstacles, and complexities to be confronted are dwarfed by the immense intellectual and practical promise of the enterprise, and the excitement that this opportunity generates in us all.

Observer > 2013 > April > Motivation, Ideology, and the Social Process in Radicalization

APS Fellow Michele J. Gelfand is  Distinguished University Scholar Teacher at the University of Maryland-College Park. Gelfand’s work explores cultural influences on conflict, negotiation, justice, and revenge, and theory and methods in cross-cultural psychology. She can be contacted at mgelfand@umd.edu.

Women in the field have come so far—and have some distance yet to go. More