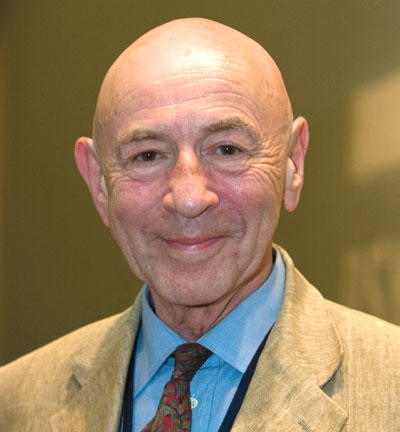 APS Past President Walter Mischel is the first psychological scientist in 70 years to receive an honorary doctorate from the Hebrew University of Jerusalem.

The university noted that the degree was awarded “… to acknowledge [Mischel’s] outstanding scientific contributions in the fields of cognitive, social and personality psychology. [His] pioneering work on the roles of traits and situations in the determination of human behavior has led to a reconceptualization of the notions of  ‘personality’ and ‘trait.’ This work has a tremendous, long lasting effect on our apprehension of the most basic notions in psychological science. Similarly, [his] ground-breaking research on self control—from childhood to adulthood—has changed the ways in which psychological scientists understand the origins and mechanisms of self control. [His] more recent models were among the first to integrate emotion and cognition in these processes, and by doing so they have paved the way for a new and improved understanding of the interaction of hot and cold aspects in the determination of human behavior. The scientific community surely awaits [his] new adventures in the behavioral, epigenetic, and brain sciences.”

Mischel described the personal significance of the award by recalling a harrowing Passover during his childhood in Nazi-occupied Austria:

“I was 8 years old but it’s still vivid in memory—the heavy curtains fully drawn, the lights dim, the voices during the service almost whispers. Outside, the Nazis had been having their pre-Passover fun all day, making Orthodox Jews scrub the gutters into which they had painted the star of David and forcing them to eat ham. We ended the service with the usual ‘next year in Yerushaleiem.’ Although I have no memory for earlier Seders, I never forgot that one. It’s one of many reasons that makes being in Jerusalem 72 years later to receive this honor from this great university especially meaningful and moving for me.”

In addition to being grateful for the recognition of his work, Mischel also thanked Hebrew University “for recognizing the psychological science of which it is a part” and applauded the university’s longstanding commitment to the science of psychology, most recently reflected in its decision to move its psychology department to a new home among the life sciences, where it will reside alongside biology and genetics.

On Spanning the Borders

On Collaborations: The Challenges

APS President Suparna Rajaram shares some thoughts on the challenges associated with collaborations, and continues her conversations with early investigators. More