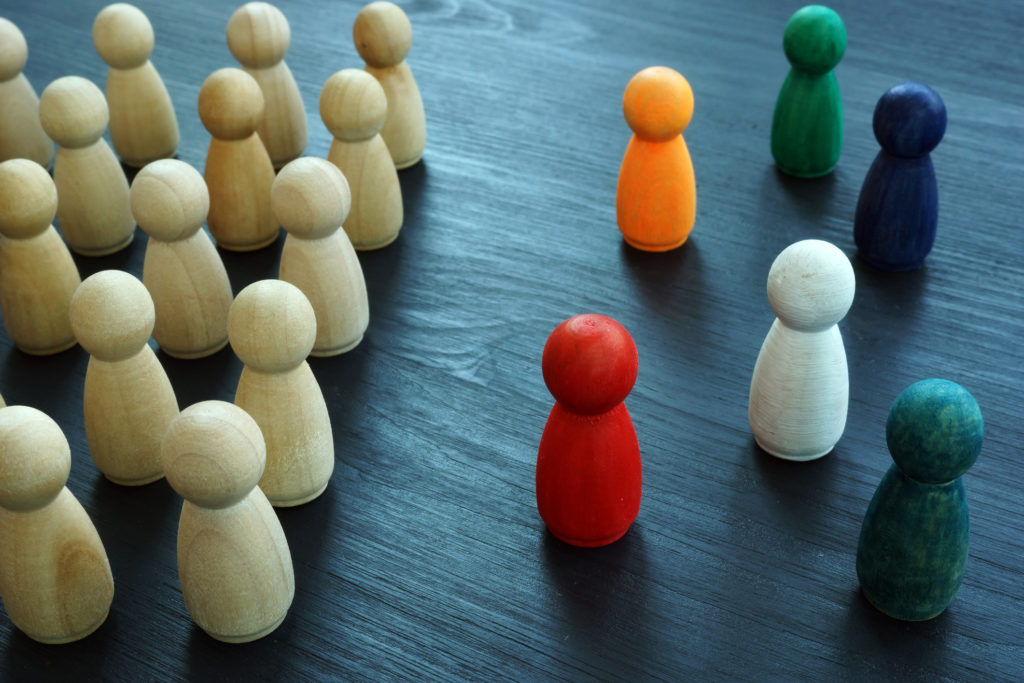 APS Fellow Keith Maddox is an associate professor of psychology at Tufts University. His research examines social cognitive aspects of stereotyping, prejudice, and discrimination to understand topics such as cognitive representations and stereotypes of African Americans based on variation in skin tone and other phenotypic characteristics.

What first drew you to the study of stereotyping, prejudice, and discrimination?

As an undergraduate I took a social psychology course, and it was my first exposure to an academic topic that seemed to reflect some of my experiences growing up. I was fascinated by theories of categorization, as well as by the framing of stereotypes as hypotheses about people that can be applied in a seemingly all-or-none fashion. It provided a scaffolding for understanding that really resonated.

What do you consider the most surprising or counterintuitive findings in your research?

I don’t think I’ve yet had a finding that has been counterintuitive, although I’ve had plenty of data that fail to support my expectations. One comes from some work I’ve been doing with a recent PhD, Dr. Jennifer Perry, and my colleagues at Tufts Dr. Heather Urry and Dr. Sara Johnson. We’ve been exploring the role that skin tone plays in driving threat-related attentional bias toward/away from faces of Black men. In a manuscript we’re preparing describing using a digital manipulation of skin tone, we’re finding that darker versions of Black faces are on average perceived as more threatening than lighter versions. We predicted that this would be associated with a pattern of early vigilance and late avoidance similar to that found with Black and White faces in a paradigm designed to test visual attention. In other words, we initially direct our gaze toward potentially threatening stimuli, but later avert our gaze away; possibly to help to regulate threat-related anxiety. However, darker skin tone was not consistently associated with this pattern, and this was robust under a number of experimental conditions designed to disrupt it, or account for potential confounds. To me this means we don’t fully understand the phenomenon, but this is where science gets interesting.

How can psychological science help to mitigate the deleterious effects of bias on individuals’ development and outcomes?

I think we have to start with looking at ourselves in ways that involve both grass-roots and organization leadership efforts. We need to re-examine the assumptions underlying our research practices and incentive structures that lead to the production of psychological science. Unless organizations change, individuals who attempt to engage in our evolving understanding of open and inclusive practices Individuals at the grass roots must help to pressure organizations to recognize the need for change, and organizations can use their oversight of policies, procedures, rules, and guidelines to create incentive structures that can help individuals make the kinds of changes that will result in more equitable outcomes. I was fortunate to be a part of an authorship team that contributed several thoughts to this debate, led by Dr. Alison Ledgerwood. After (or while) helping ourselves, we can help others by sharing our insights about the causes and consequences of bias. As a social psychologist, this involves helping people to realize the cognitive underpinnings of bias as well as how the social context (e.g., organizational, structural, societal) helps to create, exaggerate, and reinforce those biases. But psychological science can’t do this alone. We must complement the work of other scientists, artists, and humanists to help to create narratives, exhibits, and demonstrations that resonate with people to help them recognize the need for large scale intervention efforts.

Regarding variations in skin tone and other phenotypic characteristics, your research has primarily focused on African Americans. How salient are these issues outside the United States?

Well within the United States, I don’t really know how salient (as in part of our conscious awareness) they are now, though I and others have argued in the past that they are much more salient among Black and other Americans of color than they are among White Americans. But I think they are increasingly relevant as the country becomes more diverse, and with the growing multiracial population. Multiracial individuals often have physical appearances that blur racial categories, which means that phenotypic variation may be more and more likely to drive our first impressions and treatment of others. Outside of the U.S. phenotypic bias is relevant in many places – primarily Asia, Central America, and South American.

You’ve also shown how older adults can be particularly susceptible to false memories acting in accordance with age-related stereotypes. Given the aging population, what are some potential real-world implications for this research?

I think the operative word in that question is “can.” In that study led by Dr. Amy Smith, a former student of my colleague Dr. Ayanna Thomas, older, educated, or retired adults showed the greatest susceptibility, with retirement status and education level as better predictors than age. Should we accept the status quo, stereotype threat can be associated with psychological disengagement; increased isolation and avoidance of situations that might reveal these deficits. And I think we can all better understand to potential mental and physical health downsides to increased isolation as we continue to endure the consequences of a global pandemic – particularly among older adults. But we don’t have to accept the status quo. There are ways to stave off stereotype threat through reframing and education among its potential victims, and we can work to dispel these stereotypes more broadly through increased information sharing and varied and accurate representations of older adults in our media.