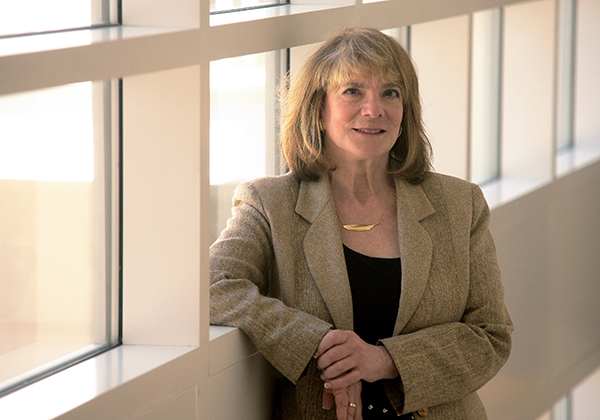 APS Past President Elizabeth F. Loftus has been awarded the 2016 John Maddox Prize, which honors scientists who have shown courage in promoting science on a matter of public interest in the face of difficulty or hostility. The award, named after the late Nature Editor Sir John Maddox, recognizes Loftus for her groundbreaking studies on false memory and the unreliable aspects of eyewitness testimony.

Loftus’s research, which in the 1990s challenged many people’s claims of repressed memories of childhood abuse, resulted in efforts to undermine her career and even threats to her life.

“Standing up for psychological science in general, and research on memory in particular, has brought a good deal of hostility my way,” Loftus acknowledges in her comment on the prize’s webpage. “Receiving this honor helps to erase the pain of insults, death threats, and lawsuits. And I love that idea that, forever, my CV will contain the name of the late Sir John Maddox, whom all respect for his tireless defense of science.”

Loftus’s 40-plus years of research have gained her some of the field’s most prestigious accolades and garnered her popularity unheard of for most psychological scientists. She appeared on The Oprah Winfrey Show; her TED Talk, “How Reliable is Your Memory?,” has more than 3 million views; and she has served as an expert witness in hundreds of court cases, including the high-profile criminal trials of Martha Stewart, Ted Bundy, and O. J. Simpson.

Loftus’s pioneering work on the “misinformation effect” has illuminated for the field aspects of human memory that many were unwilling to accept. In a Frontline interview with PBS, she explained the three words she would use to describe human memory: “suggestive, subjective, and malleable.”

Loftus has published 23 books and over 200 articles on her research, with titles such as “The Myth of Repressed Memory: False Memories and Allegations of Sexual Abuse,” “Witness for the Defense: The Accused, the Eyewitness and the Expert Who Puts Memory on Trial,” and “Eyewitness Testimony: Civil and Criminal.” She is an APS William James Fellow and APS James McKeen Cattell Fellow, and her other honors include the Grawemeyer Award, the Distinguished Contribution to Basic and Applied Scientific Psychology Award, the William T. Rossiter Award for “exceptional global contribution to the field of forensic mental health,” and many more.

To go Inside the Psychologist’s Studio with Elizabeth Loftus, click here.

A sample of research exploring the structure of daily emotion-regulation-strategy use, long-term memory of childhood violence, and prenatal risk for autism spectrum disorder.