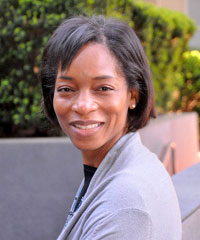 Psychological science has been moving in an increasingly interdisciplinary direction, and consequently the field faces both many challenges and many opportunities. The symposium “Outstanding Conceptual Challenges in an Era of Integrative Psychological Science” exemplified the APS 23rd Annual Convention theme of Convergence.

During the 20th century there was an explosion of neuroscience research, culminating in the 1990s, “The Decade of the Brain.” James Giordano, from the Center for Neurotechnology Studies, discussed the capabilities and limitations of neuroscience and the ways its convergence with psychological science may help us “understand how this thing called ‘mind’ originates from or in that organ, brain.”

Neuroscience has taught us important things — the way biological systems work and the material that makes up the brain (such as neurons and glia) — but without the help of psychology it can only go so far in approaching the mind/brain problem.

You can’t open a book or magazine these days, Giordano said, without encountering the brain. The brain is everywhere, and there is a tendency to try to infer a neural “basis” of all of our actions. Giordano cautions that this “neuro-ubiquity” contributes to a divergence between “hard neuroscience” (that is, what we actually know from research) and “soft neuroscience” that gets out to the public. “Brains are not color-coded and neurons do not light into green lights,” he remarked. “We do that.”

The “neuro” prefix may be everywhere — neuro-economics, neuro-law, neuro-theology, to give some examples — but what does this signify? According to Giordano, it doesn’t necessarily mean that we have a greater understanding of how the mind originates in the brain than we did 5 or 10 years ago. Rather, “neuro” as a prefix should open up a dialogue about what we know and what we don’t know. If we are going to apply neuroscience across disciplines, says Giordano, we must understand what “neuro” means.

Lisa Feldman Barrett of Northeastern University piqued the interest of the audience by showing a picture of a piece of toast. She asked the audience what they saw and someone yelled out, “Jesus!” Indeed, if you looked at the toast carefully, you could, just maybe, make out a man’s face. This, explained Barrett, was an example of a self-interested observation. These types of observations can influence how we do science — and how preconceived notions can lead us to study the wrong categories.

Psychologists were more cautious about this in the field’s early days, Barrett said — there was always a fear that the wrong categories were being studied. Now, Barrett said, we tend to simply reason about psychological facts as if they were physical facts. We search for commonsense categories (e.g., self, emotion) in the brain, but the brain doesn’t necessarily respect those categories. She described the results of a meta-analysis that examined many emotion studies and found that while traditional emotional areas lit up, cognitive and perceptual regions were also active. In other words, our brains do not have happy areas or sad areas.

Results also suggest that the strength of connectivity in the default — or resting — state of the brain may be related to how strongly emotions are experienced. Barrett posits a type of “psychological construction” in which emotions arise from more basic psychological ingredients. She noted that emotion and cognition are not different mechanisms that interact to create behavior; they are mental states, and phenomena to be explained. She suggests that one of psychology’s tasks may be “to figure out the recipes for different mental states.” Barrett concludes that one way for psychological science to move forward is to use mid-level categories that respect categories at opposing ends of the spectrum (that is, neurons and emotions).

Axel Cleeremans of the Université Libre de Bruxelles concluded the symposium by describing some challenges facing psychological science. The first is the concept of different “schools of thought.”—formed by groups of individuals sharing some ideas but strictly opposing others — and the challenge here was to “avoid dogma and stick with the facts.”[ He described three segments of psychology—level of description (e.g., groups, individuals), methods (e.g., experimental and modeling), and perspective (e.g., normalcy or pathology). Initially, research would fall into just one of those segments, but, Cleeremans noted, over the past 20 years sub-disciplines have arisen that intersect those areas. The emergence of journals, such as Psychological Science, which are not discipline specific suggests that psychology can remain unified.