Observer > 2013 > April > In Love With Science This February 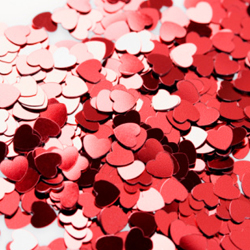 In February 2013, love (of psychological science) was in the air. More than 125 articles about research published in APS journals appeared in major media outlets, and social media sites like Facebook and Twitter were abuzz with discussion of the research. Among the highlights were four studies published in Psychological Science:

Featured in more than 35 news stories, including an interview with author Eli Finkel on CBS This Morning

“The Effect of Birth Cohort on Well-Being: The Legacy of Economic Hard Times” by Angelina R. Sutin, Antonio Terracciano, Yuri Milaneschi, Yang An, Luigi Ferrucci, and Alan B. Zonderman. (Epub ahead of print, January 24, 2013)

Featured in more than 25 news stories, including coverage from The Atlantic and TIME Healthland

“The Way I Am Is the Way You Ought to Be: Perceiving One’s Relational Status as Unchangeable Motivates Normative Idealization of That Status” by Kristin Laurin, David Kille, and Richard Eibach. (in press).
Featured in more than 20 news stories, including coverage from CNN and Prevention magazine

“Ideology and Brand Consumption” by Romana Khan, Kanishka Misra, and Vishal Singh. (Epub ahead of print, February 4, 2013)
Featured in more than 20 news stories, including coverage from Salon and The Wall Street Journal

Observer > 2013 > April > In Love With Science This February