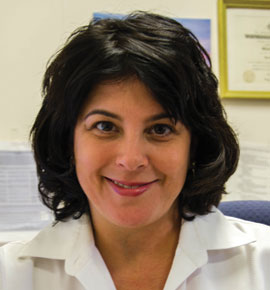 Michele J. Gelfand takes a unique approach to the study of cultural conflict by focusing on “tight” versus “loose” societies.

APS Fellow Michele J. Gelfand, who studies conflict and conducts comparative cultural research, accepted the Anneliese Maier Research Award at a ceremony at Heidelberg University in Germany. The award is granted by the Alexander von Humboldt Foundation and includes a €250,000 prize, which will fund Gelfand’s collaboration with Klaus Boehnke and other colleagues at Jacobs University in Bremen, Germany.

Gelfand has been recognized for her work contrasting “tight” societies, which have little tolerance for deviation from their strict social norms, with “loose” societies, which have a higher tolerance for deviation from their weaker social norms. She published a widely discussed assessment of restrictive versus permissive norms in 33 nations. She is also interested in how large contrasts between immigrants’ original and adopted cultures might relate to radical attitudes.

Seven humanities and social science researchers from the United States and Europe were chosen to receive the first-ever Anneliese Maier Research Award this year. The award is funded by the German Federal Ministry of Education and Research, and its purpose is to encourage international collaboration in the humanities and social sciences in Germany. Anneliese Maier, for whom the award is named, was a twentieth-century philosopher and historian who studied the development of modern science.