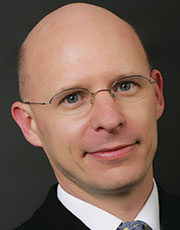 Stanislas Dehaene will be a keynote speaker at the March 2015 ICPS in Amsterdam.

Two renowned European psychological researchers, both of whom focus on cognitive neuroscience, have been awarded the world’s largest prize for brain research. APS Fellows Stanislas Dehaene and Trevor W. Robbins, along with Italian neurophysiologist Giacomo Rizzolatti, are receiving the Brain Prize of €1 million for “pioneering research on higher brain functions.” The Grete Lundbeck European Brain Research Prize Foundation is making the award.

Dehaene, Chair of Experimental Cognitive Psychology at Collège de France and Director of the INSERM-CEA Cognitive Neuroimaging Unit, will be a keynote speaker at the inaugural International Convention of Psychological Science (ICPS) in March 2015 in Amsterdam.  ICPS, organized under the auspices of APS, is a showcase for world-class integrative science of the kind exemplified in the work of the Brain Prize recipients.

“These three scientists are internationally recognized for the scale and outstanding quality of their work in the difficult field of human cognition and behavior,” said Colin Blakemore, chair of the Foundation’s selection committee. “They each have made unique and lasting contributions that have motivated the interests and efforts of many other researchers around the world. All three have made particular efforts to move from basic research to clinical application — in cognitive development, mental health, addiction, brain damage, and delayed learning.”

Dehaene is one of the world’s foremost authorities on numerical cognition research. He was the first to identify the regions of the brain that are responsible for numeracy, calculations, and other aspects of the so-called “number sense.”

A former mathematician, Dehaene became the youngest faculty member at the Collège de France when he was selected for the newly created Chair of Experimental Psychology position in 2005. He has examined patients with brain damage and gathered information about the neural mechanisms of word and letter perception. He also invented software for treating children with learning disabilities in math and developed a test of remaining awareness for patients in different stages of coma.

Robbins, who chairs the psychology department at the University of Cambridge, United Kingdom, used pharmacological, anatomic, and behavioral means to demonstrate the regulation of behavior in animals. In extensive research on addiction, he showed that drug abuse depends partially on habit formation and that specific circuits in the forebrain regulate the formation of habits, including those related to drug dependence. He also was instrumental in the invention of the CANTAB computerized psychological tests.

Rizzolatti, of University of Parma in Italy, led a team that discovered “mirror neurons,” which activate when an animal performs a movement or sees another animal make the same movement, in the frontal and parietal lobes of monkeys. The researchers suggested these neurons are key to understanding the goals and intentions of others, including those diagnosed with disorders on the autistic spectrum. Rizzolatti was the keynote speaker at the 2011 APS Annual Convention.

“We are proud to honor these three scientists with the 2014 Brain Prize,” said Povl Krogsgaard-Larsen, chair of the Foundation. “Their research interests span a wide spectrum of challenging issues of higher brain function. The three prize winners complement each other; together, they constitute a forceful trio. We are pleased to award this year’s prize to scientists who are providing us with a better understanding and better treatment of cognitive and behavioral diseases that are huge burdens to society.”