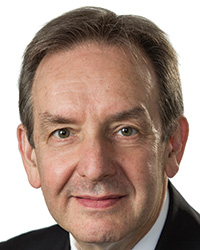 APS Fellow Ian J. Deary has been awarded a 2015 James McKeen Cattell Fellow Award for his lifetime contributions to the field of applied psychological science. Deary, professor of differential psychology at the University of Edinburgh, United Kingdom, and director of the University of Edinburgh Centre for Cognitive Ageing and Cognitive Epidemiology, will deliver his award address at the 27th APS Annual Convention, which will be held May 21–24 in New York City.

As a founder in the field of cognitive epidemiology, Deary has led a research team that studies associations among intelligence, aging, and health outcomes by following up with people who took part in the Scottish Mental Surveys of 1932 and 1947. His research includes the application of molecular-genetic and brain-imaging techniques to the understanding of cognitive-ability differences, cognitive aging, and personality traits, including aspects of personality traits’ structure and origins and their importance for health.

Deary’s research on the origins of mental-ability differences was integrated into the book Looking Down on Human Intelligence: From Psychometrics to the Brain, which won the British Psychological Society’s Book Award in 2002. In addition, he has published over 700 peer-reviewed journal articles and authored three additional books, including Intelligence: A Very Short Introduction (2001), A Lifetime of Intelligence (2009), and Personality Traits (2009).

In 2014, Deary received a Lifetime Achievement Award from the International Society for Intelligence Research. In 2010, he received the Distinguished European Personality Psychologist Award from the European Association for Personality Psychology. He held a prestigious Royal Society Wolfson Research Merit Award from 2003–2007 for his work on human cognitive aging. He is an elected Fellow of the British Academy, the Royal Society of Edinburgh, the Academy of Medical Sciences, the Royal College of Psychiatrists, and the Royal College of Physicians of Edinburgh.