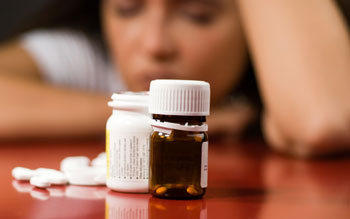 Headaches and heartaches. Broken bones and broken spirits. Hurting bodies and hurt feelings. We often use the same words to describe physical and mental pain. Over-the-counter pain relieving drugs have long been used to alleviate physical pain, and a host of other medications have been employed in the treatment of depression and anxiety. But is it possible that a common painkiller could serve double duty, easing not just the physical pains of sore joints and headaches, but also the pain of social rejection? A research team led by psychologist C. Nathan DeWall of the University of Kentucky has uncovered evidence indicating that acetaminophen (the active ingredient in Tylenol) may blunt social pain. “The idea — that a drug designed to alleviate physical pain should reduce the pain of social rejection — seemed simple and straightforward based on what we know about neural overlap between social and physical pain systems. To my surprise, I couldn’t find anyone who had ever tested this idea,” DeWall said. According to a study due to be published in the journal Psychological Science, DeWall and colleagues were correct. Physical and social pain appear to overlap in the brain, relying on some of the same behavioral and neural mechanisms.