Observer > 2021 > January/February > The Duty Falls to Us: Communicating Psychological Science in 2021 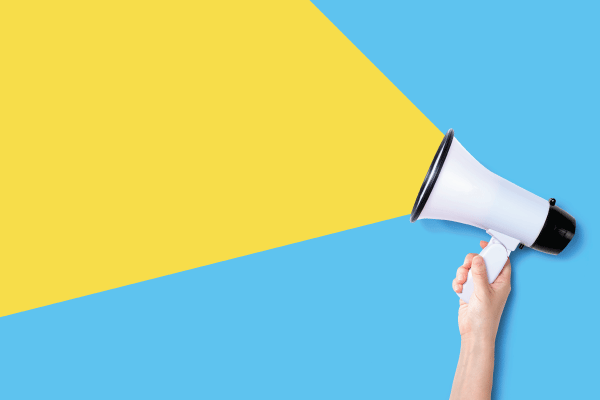 Throughout 2021, the Observer will feature a special section dedicated to communicating psychological science, why it matters, and what can be done by APS and you, our members, to improve understanding and awareness of psychological research.

A little more than a century ago, Albert Einstein was vaulted from obscure yet brilliant physicist to the world’s most famous science celebrity. This meteoric rise was triggered by breathless news reports that Einstein’s general theory of relativity was correct. With the aid of the most accurate telescopes of the day, along with a solar eclipse, the English physicist Sir Arthur Eddington was able to show that the light from distant stars was bent by the sun’s gravity, proving that the fabric of the universe is malleable, just as Einstein predicted.

Initially reported in The Times of London, the story caught the attention of editors at The New York Times, who gave the task of covering this announcement to Henry Crouch, a sports reporter who was in England to write about golf. His tenuous grasp of this profound yet mind-boggling subject matter was apparent in his reporting. He began with an observation and understatement: “Efforts made to put into words intelligible to the non-scientific public the Einstein theory of light proved by the eclipse expedition so far have not been very successful.” Later in that piece, Crouch’s canard that “only twelve persons in the world can understand Relativity” is more likely a commentary on Crouch’s lack of understanding than that of the scientific community.

“If research is to thrive and receive public support, it is essential that APS’s leadership, staff, and members reach out and effectively communicate the impact that physiological science has on society.”

This anecdote illustrates one of the major problems in covering science: Most reporters are not subject matter experts. Usually, reporters are generalists who are often called upon to cover topics ranging from technology and politics to pandemics and virology. There are notable exceptions, of course. Reporters like Dennis Overbye at The New York Times and Maggie Fox at CNN have spent their careers honing their craft while developing a keen understanding of the scientific method and the world of academic research. But the broader picture is not so bright.

According to the Pew Research Center, U.S. newspapers have shed half of their newsroom employees since 2008. This change has meant that many science-related news items are written by either part-time reporters or reporters specialized in other fields. Beyond that, there is a growing shift away from traditional media as the Internet has become Americans’ primary source for science news, according to the National Science Foundation’s 2018 Science & Engineering Indicators report.

As a result, the public often encounters either incomplete coverage of truly remarkable scientific advances or unnecessary hyperbole about preliminary and tentative results.

As a personal observation, when I first started communicating science about 30 years ago, conventional newsrooms were teeming with reporters representing outlets both big and small. Decades of attrition and a shift to news aggregators have changed the face of science outreach, especially for societies like APS. The result is that we can no longer count on skilled journalists to read jargon-laden papers or conduct investigative reporting on complex science topics.

The onus of communicating science to the public is therefore falling more and more on researchers, institutions, and scientific societies, including APS. This involves more than fulfilling our mission of “engaging the public with our research to promote broader understanding and awareness of psychological science.” If research is to thrive and receive public support, it is essential that APS’s leadership, staff, and members reach out and effectively communicate the impact that physiological science has on society.

Over the past year, APS has launched several innovative public-outreach efforts, including our Under the Cortex podcast, news videos highlighting journal research, and lay-language backgrounders that explain the critical psychological science aspects of combating and coping with COVID-19.

“Scientists have so many great stories to tell—stories that tie our work to quality-of-life improvements for people around the world,” says Arthur Lupia, head of the National Science Foundation’s Directorate for Social, Behavioral and Economic Sciences. “We need to get better at telling those stories, and professional associations should be front and center in that effort.”

Observer > 2021 > January/February > The Duty Falls to Us: Communicating Psychological Science in 2021