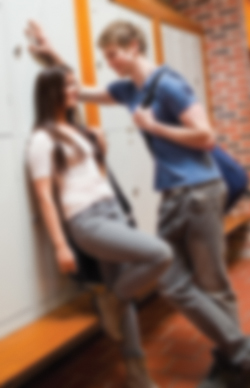 The message may seem ridiculously obvious: “If she doesn’t consent, or can’t consent, it’s rape.”

So why does the White House need to enlist Benicio Del Toro, Daniel Craig, and other famous actors to deliver this explanation in public service announcements?

Why did the California legislature feel compelled to pass a law that effectively defines consent as a clearly stated “yes” before every stage of sexual activity?

Why are colleges and universities across the country refining — or instituting for the first time — workshops and courses to teach students the importance of establishing clear, mutual agreement before initiating sex?

Because, as a growing body of psychological research shows, the collective understanding of sexual consent in college settings is drowned by the rampant flood of alcohol and sexual myths that sweeps through dorm rooms and frat houses. Sexual assaults on college campuses — a social ill that is now the target of a White House prevention initiative — reflect what research has shown to be an all-too-pliable perception of consensual relations.

Among the most prolific researchers on this topic are University of Arkansas health behaviorist Kristen Jozkowski and psychological scientists Zoë Peterson (University of Missouri–St. Louis) and Terry Humphreys (Trent University in Canada). They have investigated extensively the real-world practicalities of sexual communication among college students, using a variety of survey measures, including

In one study, Jozkowski, Peterson, and their colleagues found that both male and female subjects similarly defined consent as “two people being willing to and agreeing to have sex with one another.” However, when it came to actually communicating this consent, women preferred to use explicit verbal communication, while men relied more on nonverbal cues.

The same was true for perceiving a partner’s willingness for sex. Men again relied on their partner’s nonverbal communication, while women placed greater weight on their partner’s verbal statements, which tend to be far less ambiguous and, consequently, harder to misinterpret.

But further study uncovered a more troubling gender gap in communication. In a survey study involving more than 680 mostly heterosexual university students, the researchers found that men scored far higher on measures of belief in rape myths and in the notion that women tend to put up only token resistance to sexual overtures.

This research, along with that of other scientists, has also shown that college students in general, regardless of gender, are less likely to use verbal cues to indicate consent. Young adults appear to buy into the notion that verbally discussing sexual interest “kills the mood” or “spoils the spontaneity.”

In essence, verbal consent may simply be outside the traditional sex script of college men and women, researchers suggest. Studies also indicate that women often hold themselves at least partially responsible for their sexual victimization, blaming their own lack of clear communication for contributing to the assault.

In fact victims often don’t even acknowledge an assault as such. In a recent study, Binghamton University clinical researchers Colleen Cleere and APS Fellow Steven Jay Lynn used a variety of psychological measures in questioning more than 300 university women about their sexual experiences. Their assessment tools included the Sexual Experience Survey and the Sexual Experiences Inventory, a self-report measure of the most severe unwanted sexual incidents. They found that 61% of the participants reported at least one experience that met the definition of a sexual assault. But among those who reported the most severe forms of unwanted sex, 75% did not acknowledge their experience as assault.

In other words, these women held themselves partially responsible for the assault. As Cleere and Lynn wrote in the Journal of Interpersonal Violence, unless sexual victimization “conforms to a relatively rigid ‘rape script,’ it is unlikely to be acknowledged as rape.”

The impact of the assaults, however, was particularly concerning. The researchers found that nonvictims scored significantly lower on measures of psychological distress compared with victims, but there was no difference in distress measures between the acknowledged and unacknowledged victims.

Another consistency among all the victims was the role of alcohol — a factor that studies dating back decades show to be a major factor in incidents of sexual assault. More than 90% of women in both the acknowledged and unacknowledged groups reported being intoxicated with alcohol, drugs, or both at the time of their assault. Numerous studies have shown that intoxicated women are less likely than sober women to resist unwanted sexual situations either verbally or physically. But studies show that males — and to some extent females — perceive women who drink alcohol as being more sexually available than nondrinking women. And women who were drunk when they were assaulted may apply these perceptions to themselves, prompting them to minimize their victimization.

Humphreys of Trent University demonstrated this problem in a 2007 experiment involving more than 400 college students. He presented the study participants with a vignette depicting a heterosexual couple, Kevin and Lisa, watching a movie on TV together. Kevin begins initiating sex with Lisa, whose expression of consent is described as nonverbal and ambiguous. Study participants were randomly told that the couple was on a first date, had been dating for 3 months, or had been married for 2 years.

After reading the vignette, study participants were asked how appropriate they judged the couple’s sexual behavior to be and also rated the appropriateness of various sexual acts under different dating conditions. Compared with those who read the first-date version of the scenario, students who were told that the couple had been dating for 3 months or were married were more likely to rate Kevin’s behavior as acceptable and to say that  it is okay to assume sexual consent.

How entrenched are these catalysts? Can they be subdued? Oklahoma State University psychological scientist John D. Foubert says yes, especially when, as one meta-analysis showed, the interventions are focused specifically on all-male rather than coeducational audiences. Foubert, who studies sexual assault prevention efforts, created an intervention in the 1990s called “The Men’s Program.” This workshop includes a video depicting a male-on-male rape, designed to teach men how a rape experience might feel. The participants also learn the basics of defining sexual consent and hear strategies for confronting peers who tell misogynistic jokes or brag about abusing women. And they go through guided imagery of a woman close to them who is raped while under the influence of alcohol while a bystander watches and takes no action.

In studies with fraternity members and student athletes, Foubert and his colleagues have shown the program to yield lasting attitude and behavior changes. In one study of the program involving 184 college men, the researchers found that 79% reported attitude change, behavior change, or both a year after completing the program. Many of them reported that they better understood the importance of openly communicating with their partner and making sure she has consented to sexual activity. One student, for example, wrote that he became “quicker to back off” if a woman says “that’s enough.”

Clearly, more and more schools will institute educational programs aimed at communicating the importance of consent in sexual relationships. In fact, other states may follow California’s lead and mandate such efforts. The California law requires all state-funded colleges and universities to adopt a sexual assault policy that mandates students receive “affirmative consent” from those with whom they seek to have any sexual activity. Although the action states explicitly that consent can’t be given if someone is asleep or incapacitated by drugs or alcohol, lawmakers anywhere may have a hard time covering all the nuances, verbal and nonverbal, that can lead to a sexual assault.

Researchers like Jozkowski, Peterson, and Humphreys caution that educators should get more information about how students communicate their consent in order to refine their current prevention programs and initiatives. They add that using skills-based training to help students practice verbalizing consent, rather than just encouraging them to obtain it, may be a step toward making college safer for women. 

Scott Sleek is director of news and information at APS. He can be contacted at apsobserver@psychologicalscience.org.