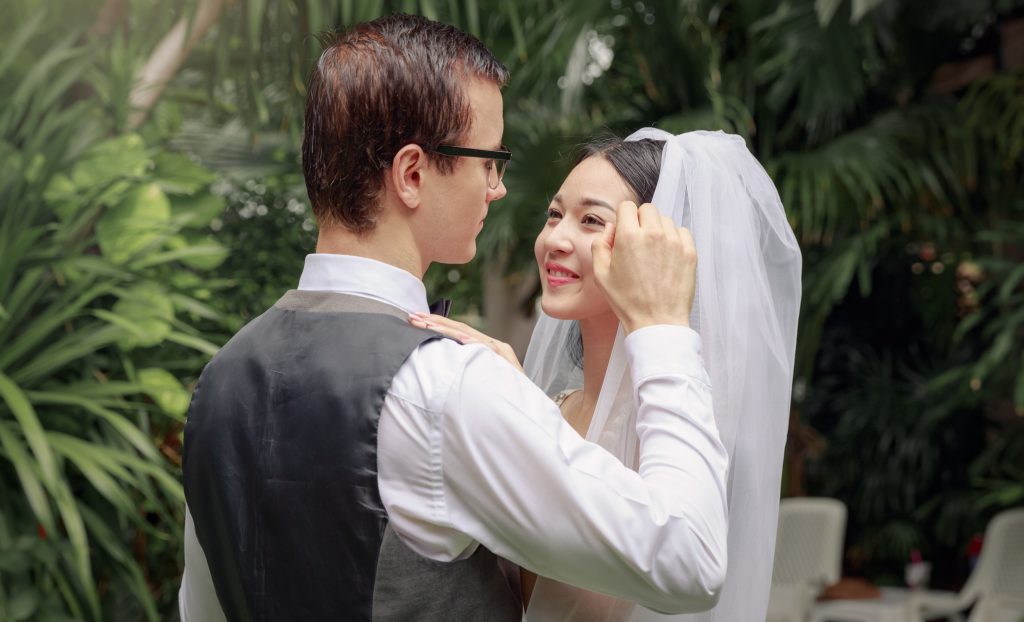 Conventional wisdom says that if you idealize the person you marry, the disappointment is just going to be that much worse when you find out they aren’t perfect. But research published in Psychological Science, a journal of the Association for Psychological Science, challenges that assumption; people who were unrealistically idealistic about their partners when they got married were more satisfied with their marriage three years later than less idealistic people.

For the study, 222 couples were recruited as they applied for their marriage licenses at the Buffalo, New York, City Hall. “We’ve never had trouble getting people involved in our research, because people are interested in relationships and in understanding their own relationship,” says Sandra Murray of the University of Buffalo, a coauthor of the study. The participants filled out surveys on themselves, their partner, and their marriage every six months for three years.

Murray and her colleagues examined what people said about their hopes for an ideal partner, how they described their partners, and how the partners described themselves. From this, the researchers developed a ranking of how idealistic, and how based in reality, each person’s perception was. Some people were unrealistically idealistic; others were less idealistic. For example, say Joanne describes her ideal partner as athletic and smart, but not necessarily very creative. Her husband, Frank, is smart and creative, but not very athletic. If Joanne ranks him as more athletic than he is, then she’s being unrealistically idealistic about him.

People who had an unrealistically idealistic view of their spouse actually stayed happier over the next three years than people who were the least idealistic. Murray says she and her colleagues weren’t surprised to see this, even though it’s counter to conventional wisdom, because they have years of research pointing in this direction.

“People are very good at changing their definitions to match how they want to see themselves or how they want to see others,” Murray says. “Someone can decide they’re a good driver—even if they’ve had speeding tickets—if they’ve never been in an accident.” In the same way, people might be able to decide that their spouse matches their ideal, even if it’s not really true.

Operational definitions are always key. I’m curious as to how “happier” was defined. Also, to date, they’ve only followed the couples for 3 years which according to other research is only one year out of vasopressin and one year into oxytocin. I’d check back in another 3-5 and see then before making any solid conclusions.

You make great points. I would also be very curious to know how they decided what type of responses and determined an “idealistic partner”. An example was given above, but that doesn’t necessarily give us enough information about the accuracy of the actual partner’s characteristics in comparison to the way ‘Joanne’ described him. What format was the survey/questionnaire given in and what score determined how happy the couples were after 3 years? Were there confounding variables that would interfere with that definition of happy that were controlled for (income level of the couple, presence of kids, health of each partner, etc).

Careers Up Close: Ananya Tiwari on How Education Can Deter Early Marriage in India

This PhD student studying educational psychology cofounded and runs an international nonprofit that works to enhance the educational outcomes of adolescent girls in India who may be prone to early marriage.