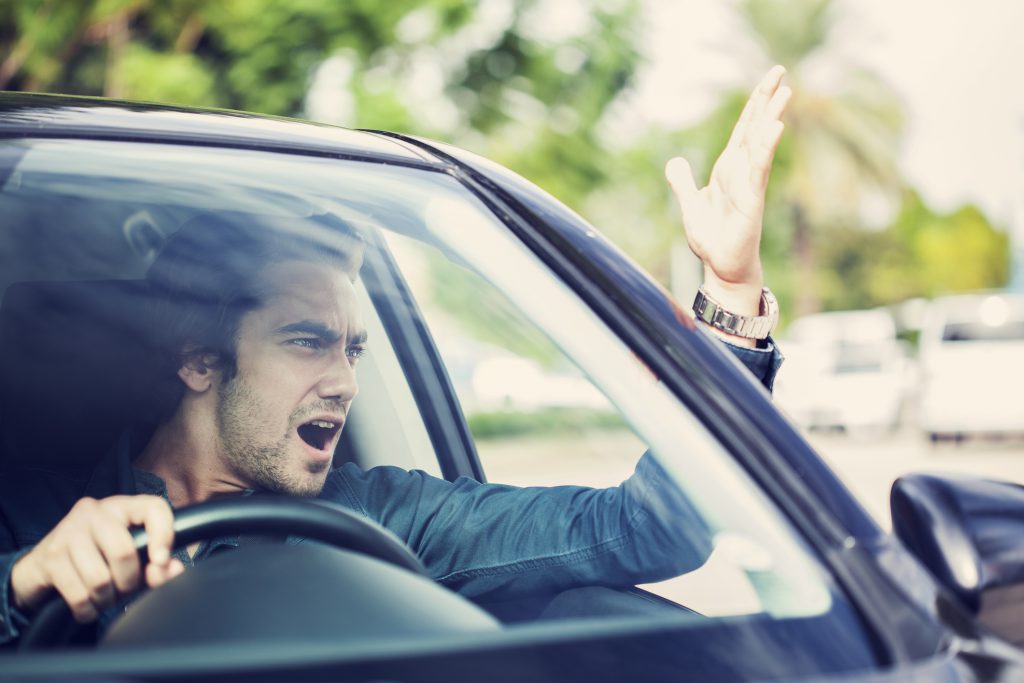 In 1968, psychological scientists Anthony Doob and APS Fellow Alan E. Gross came across an interesting finding: People were quicker to honk their horns when they were stuck behind a clunker rather than a newer, more expensive “high status” car. Since then, several other studies have found that drivers of more expensive vehicles are more likely to behave like jerks, cutting in line at four-way stops and failing to stop for pedestrians.

In a more recent study, psychological scientists Amanda N. Stephens (Monash University) and John A. Groeger (University of Hull) found further evidence that social status plays a role in people’s willingness to vent their anger at other drivers. Beyond socioeconomic class, which might be measured based on how fancy the make and model of a car is, people use other signals to determine status on the road.

One potential status signal is the perceived skill of the driver. In many countries, novice drivers have special stickers or markings on their vehicles to help alert other drivers to their lack of skill. While we might expect that other drivers would make an effort to be kinder and show more understanding when inconvenienced by someone who is just learning, Stephens and Groeger found that people were actually more likely to respond angrily to a learning driver.

“It appears that higher status road users are more likely to be forgiven their indiscretions or exonerated for behaviors that have no obvious cause,” Stephens and Groeger write. “In contrast, learner drivers are blamed more readily for circumstances beyond their control.”

“In anger-provoking situations, drivers allowed themselves to get dangerously close to slower lead vehicles and this unsafe behavior was exacerbated when the perpetrator bore learner plate markings,” the researchers explain.

Across two experiments, Stephens and Groeger had participants drive through a residential neighborhood in a driving simulator. Over the course of the drive, anger was provoked when other cars impeded the participants’ progress. At times, the lead vehicle drove infuriatingly slowly, preventing the participant from passing. Sometimes there was a reason for the annoying slowdown (like an accident) and other times there was no apparent reason for the behavior.

One experiment used a lower status car as the impedance vehicle, a sedan marked with a learning driver sticker. A second experiment used an ambulance as a higher status vehicle. As a control, similar vehicles without any distinctive markings (e.g. a generic work van the same size as the ambulance or an unmarked sedan) acted as the impedance vehicle.

Throughout the drive, participants were prompted to rate their current level of anger on a 1 to 5 scale. Driver aggression was assessed based on increases in speed and tailgating behavior.

In both experiments, drivers reported feeling more anger after following a lower status vehicle. Status also influenced how close drivers got to other vehicles: Drivers also got much closer behind the cars with learning stickers compared to the identical unmarked sedans, and also drove closer to the unmarked vans compared to the ambulance.

Participants’ showed more intense anger and physiological arousal (measured by heart rate) when the frustrating vehicle was of lower status, either relative to the driver or relative to other road users.

“Data from both experiments provide evidence that although the current traffic circumstances can be enough to elicit anger, the characteristics of the drivers considered to be the perpetrators of any delay is as, if not more, important than what has happened,” the researchers write.