News > Minds at Work > The Culture of Meetings

Some of the biggest international mergers of the last 20 years are considered to be textbook cases of corporate failure. The 2006 merger of French telecommunications company Alcatel with New Jersey-based Lucent Technologies, Daimler Benz’s 1998 purchase of American automaker Chrysler, and British Steel’s 1999 marriage with Dutch Royal Hoogovens are all considered examples of cultural mismatches.

Many of the clashing business standards and corporate values that plagued these mergers were traced to communications between executives and employees — a collision of American or Anglo-Saxon attitudes with European sensibilities. 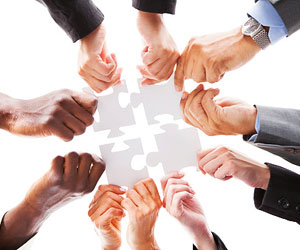 Such differences are particularly acute in today’s global marketplace, and are often evident right down to the level of working groups. In any team environment today, professional workers are likely to be matched up with at least one person from another culture.

And a new study explores how these varied cultural perspectives affect team behaviors. A team of researchers recently set out to explore intercultural differences in team meetings by comparing behaviors in German and US student teams. The teams, each consisting of up to five members, were assigned a hypothetical problem-solving task — advising a college senior on which of two graduate programs he should choose — that required reaching a consensus.

The investigators, led by social psychologist Nale Lehmann-Willenbrock, analyzed nearly 5,200 behaviors that the participants manifested during their meetings.

Lehmann-Willenbrock and her colleagues found that the discussions in the German teams focused primarily on analyzing problems while US teams focused on identifying solutions to problems. Specifically, the German teams seemed preoccupied “with what they perceived to be a lack of information needed to solve the problem thoroughly and completely,” the researchers report in the journal Group Processes & Intergroup Relations.  In contrast, the US participants often made statements aimed at getting teammates to overlook missing information about the problem, they note.

Also, compared to the U.S. groups, the German teams focused more on procedural issues — how to structure the meeting process — and engaged in counteractive behaviors, like complaining.  US-American participants commonly made comments such as “That’s a good point,” or “That’s OK,” while Germans used statements such as “No, you got that wrong,” and “Well, actually that is pretty unidimensional thinking.”

The researchers say the findings reflect different communications standards between Germans and Americans — a distinction that many communications scholars have pointed out.  According to dialogue experts, Germans:

Americans, meanwhile, are driven to find solutions quickly and are less afraid of uncertainty, communications experts say. Thus, they are more at risk of proposing solutions without a complete and thorough analysis of the problem.

The findings suggest that organizations should consider training team members on cultural differences in meeting behavior.

“In today’s business world, people of different cultural backgrounds meet frequently in work situations,” the researchers write. ”This is positive because it brings diverse people and their ideas together, but it can also lead to misunderstanding and conflict … Thus, a general sensitivity to these potential differences on the part of managers and meeting leaders is needed.”

News > Minds at Work > The Culture of Meetings

P is for Problem, Publish, and Psychology: Multilingual Scholars and the Challenges of Publishing in English

Two Filipina researchers advocate for broader representation in academic psychology and outline considerations for others whose first language is not English.