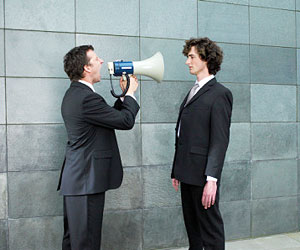 An impatient commuter shoves us out of the way to get onto the subway train. The bullying boss enjoys berating us in front of colleagues.

We routinely deal with people who seem socially reckless, quick to retaliate at any perceived slight, and unremorseful if not downright sadistic.  And some of us ourselves can spew misery on our colleagues, friends, and family members.

In truth, though, the modern mantra “mean people suck” fails to capture many underlying drivers of aggression, cruelty, and hostility — traits that often fire up rampant conflict in the workplace. Recent work in social neuroscience indicates that the brains of hotheaded people seem to work extra hard to control their outbursts, but for some reason fail.

However, additional studies are also revealing some strategies that can improve an individual’s ability to operate with more amity.

According to recent research, an individual’s self-control capacity can be improved in two ways — through practice and by consuming glucose. In an article to appear in the January 2014 issue of the Observer, the magazine of the Association for Psychological Science, Australian researcher Thomas Denson describe his experiments on the effects of consuming glucose and practicing self-control. In the glucose experiments, participants first completed a measure of their aggressive tendencies and consumed 40–50 grams of sugar in a drink or a placebo. All participants were told they were to consume a sugar drink, and the experimenter was blind to condition. They were then insulted by another (bogus) participant who told them interacting with them had been a waste of time. Participants were subsequently given the opportunity to retaliate by blasting the provocateur with blasts of white noise. Subjects who tested low in aggressive traits selected relatively innocuous levels of noise blasts, regardless of whether they had consumed glucose or not. However, among participants high in aggressive traits, those who consumed glucose selected quieter noise blasts than participants who consumed the placebo.

In the self-control training experiment, half of the participants practiced self-control for two weeks by completing everyday tasks, such as using a computer mouse, with their non-dominant hand. The other volunteers completed simple math problems. At the end of the two weeks, the participants returned to the laboratory, were provoked, and completed the noise blast task. Results were identical to the glucose experiments. That is, people who showed aggressive traits significantly lowered belligerent behavior after self-control training compared with the control group.

Further research could lead to novel strategies to treat people with anger control difficulties, antisocial behaviors, and other reactive problems, Denson says. But thus far, evidence points to a certain amount of practice, and a spoonful of sugar, as a peacemaker.

News > Minds for Business > It’s Not That Easy Being Mean