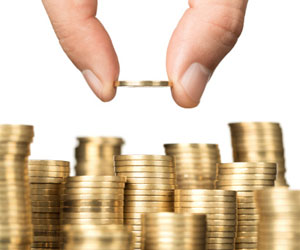 In a scene from the 2010 film Wall Street: Money Never Sleeps, financial trader Gordon Gekko — played by Michael Douglas — defines moral hazard as a situation in which “somebody takes your money and he is not responsible for it.”

A team of European researchers cite this cinematic example in a recently published study on how people feel when they take economic risks on someone else’s behalf, rather than their own.

Scientists from the Centre de Neuroscience Cognitive in France found that when we entrust our money to someone else, they tend to not handle it as carefully as they would their own. This is a harbinger for companies that hire consultants or outsource certain functions or procedures, like accounting.

The researchers recruited student volunteers and had them perform three different tasks involving financially risky choices — gambles, in effect. In one exercise, they had to choose for themselves, and their choices affected their own financial gain. In a second condition, they were delegated to choose on behalf of an unknown person who was waiting in another room, and their choice affected only that person.

Results revealed that subjects were significantly more apt to choose a riskier option when they were acting on behalf of the other person.

Additionally, when considering the consequences of potential losses, participants requested higher gains for themselves, but lower gains for others whom they were assigned to represent.

The findings are published online at PLOS One.  They indicate that outside contractors and consultants may be gambling with an organization’s resources far more than the client realizes.