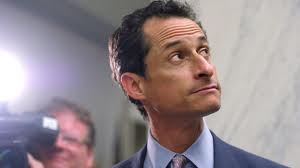 It was excruciating to watch Anthony Weiner, the New York lawmaker, making public amends this week for tweeting lewd photos of himself to a young woman he didn’t even know. He was clearly mortified—at least his taut jaw and flat expression suggested that he was. But politicians are practiced at sending non-verbal messages, and Weiner was no doubt using every tool in his kit. Maybe he was just chagrined and upset at getting caught in such a foolish stunt.

He hasn’t won my trust back yet, and I’m guessing that others feel this way as well. Trust recovery—apologizing, promising change, insisting we’ve changed—is tricky business. Weiner has a lot of wronged relationships to make right, especially those with constituents and family.

But it’s not always easy. And indeed some people will never accept his proffered amends. It appears that some people are quick to forgive, where others see only burnt bridges. Why is that? Is there a fundamental psychological difference between those who accept reparations readily and those who do not? And can the unforgiving be brought around?

A study from the University of Pennsylvania offers some insight into the psychology of trust—both violation and repair. Psychological scientist Maurice Schweitzer, an expert on organizations and decision making, decided to explore the idea of trust recovery in the lab. He and his colleagues—Michael Haselhuhn and Alison Wood—wanted to see if basic beliefs about moral “character” influence trust violations and forgiveness. They also wanted to see if they could modify those beliefs—and in doing so make people more or less forgiving.

The scientists recruited a large group of volunteers to play an elaborate game involving breaches of trust and reparations. But before the game started, they primed the volunteers with different beliefs about moral character. Some were nudged to believe that people can change—that people can and do become more ethical and trustworthy if they sincerely set their minds to it. The others were primed with the opposite belief—basically that scoundrels will always be scoundrels. This core belief is surprisingly easy to manipulate, and the researchers did it here simply by having the volunteers read essays arguing for one belief or the other.

The trust game that followed goes like this: You have $6, which you can either keep or give to another person. If you give it away, it triples in value to $18, which the recipient can either keep or split with you, $9 apiece. So initially giving away the $6 is obviously an act of trust. But in order to study trust recovery, the scientists put the volunteers through several rounds of the game. In the early rounds, the recipient (actually a computer) violated trust by keeping the $6 a couple times in a row. Then the recipient apologized and promised to be more trustworthy from now on. Then there was one final opportunity to be either trusting or not.

So does believing in the possibility of change shape people’s ability to forgive—and trust again? It does, dramatically. As the scientists reported in the journal Psychological Science, they easily eroded trust and they also easily restored it—but only in those who believed in moral improvement. Those who believed in a fixed moral character, incapable of change, were much less likely to regain their trust after they were betrayed.

These results have practical implications for anyone trying to make amends and reestablish trust—in recovery, in business, in love—and yes, in politics. Apologies and promises may not be enough in some cases, and indeed it may be more effective to send a convincing message about the human potential for real moral transformation. The best way to send that message, of course, may be to act like a changed person. A lot of people will be watching Weiner a lot closer now to witness this transformation.

Wray Herbert’s book, On Second Thought, is about irrational thinking. Excerpts from his two blogs—“We’re Only Human” and “Full frontal Psychology”—appear regularly in Scientific American Mind and The Huffington Post.