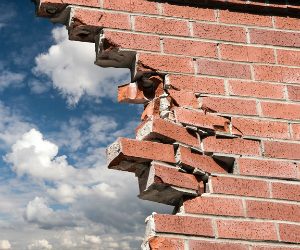 Many of the world’s most challenging issues – poverty, health behavior change, and globalization – are at their core issues that can be solved with a better understanding of human behavior. Making progress on solving these complex, multidimensional issues increasingly requires interdisciplinary collaboration across research disciplines. But the way most modern universities are organized, with behavioral and social science faculty splintered throughout dozens of departments, prevents scholars in one department from sharing ideas and resources with their colleagues from another department — even if it’s just down the hall.

The University of Illinois at Urbana-Champaign is home to some of the foremost behavioral and social scientists in the world, but they’re spread across at least 45 different departments throughout the university, ranging from psychology to kinesiology. Not only are these researchers fragmented across dozens of different departments, but there isn’t a single unit or college representing and supporting the interests of behavioral and social scientists. This organizational roadblock not only prevents individual researchers from pooling their shared expertise, and undermines the kind of cutting-edge, large-scale interdisciplinary projects that thrive on collaboration.

But APS Fellow Brent Roberts is leading a new effort to bring the university’s behavioral scientists together. The Social and Behavioral Sciences Research Initiative (SBSRI) is a new group focused on providing the diverse behavioral and social science faculty with new opportunities to enhance collaboration on large-scale, interdisciplinary research projects: The kind of projects that have the potential to change the world.

“The Initiative has a number of aims that are intended to help faculty with the proposal development and application process. At the broadest level, we are catalyzing groups of social scientists who might not interact directly because they are housed in separate units,” Roberts explains. “For example, we have a number of social scientists interested in collaborating with engineering researchers to bring their technological creativity and vision to the task of assessing psycho-social phenotypes.”

A few other promising cross-disciplinary projects include a collaboration between psychologists, economists, and finance professors examining the “non-cognitive” factors that contribute to human capital. Another group – composed of psychological scientists, biologists and geneticists – is leveraging their combined expertise on the role genetics to investigate behavioral phenotypes in both humans and non-human animals.

“We even have a critical mass of researchers examining reproducibility in science housed across several units, which is a topic that APS has supported quite strongly as of late,” Roberts says. “All of these nodes transcend typical academic units and therefore could use a little help in process of creating new, innovative programs of research. That’s the prime directive for the SBSRI.”

The new initiative got started after a systematic assessment of the university’s strengths and weaknesses found that the social sciences were one of the strongest areas for research productivity within the university. It was also clear from the data that promising research was emerging from across almost all units in the university, Roberts explains.

The administration took note of the findings, and began to lay the groundwork for creating an incubator to provide social and behavioral scientists with the grant management and development resources necessary to pursue large-scale interdisciplinary projects.

One of the key goals for SBSRI is to provide mentorship and support to help early career faculty apply for – and land – external funding. Other goals include resources and incentives to encourage behavioral science faculty to pursue external funding opportunities, particularly for truly large-scale interdisciplinary projects. The initiative will also provide support for new and existing programs by improving communication and dissemination of existing strengths across the university.

Although the SBSRI is still in the early stages of development, there are already several promising projects in the pipeline.

“The ultimate goal of the SBSRI is to act as a catalyst for the cross-disciplinary germination of ideas for social and behavioral scientists.” Roberts says “To the extent that departments and universities can eliminate barriers to this type of cross-disciplinary collaboration, and also foster it, they can benefit greatly from the creative research that emerges.”

Sounds really useful and likely to bring pleasure and productivity to a lot of
people.