The Remarkable Human Self

Roy F. Baumeister acknowledges that some researchers who ground their work in molecules, genes, or the neural architecture of the brain may not believe in the concept of the self. Scientists have learned enough about the brain to know that no central processing unit controls the numerous, simultaneous cerebral activities More

The Dark Side of Power Posing: Cape or Kryptonite?

Scientific American Mind: In 1942, the mild mannered Clark Kent excused himself from his friend Lois Lane to take an important call. Clark slipped into a phone booth (remember those?), and moments later Superman emerged. Have you ever wished that you had ability to step into a phone booth or More

A Tiny Pronoun Says a Lot About You

The Wall Street Journal: You probably don’t think about how often you say the word “I.” You should. Researchers say that your usage of the pronoun says more about you than you may realize. Surprising new research from the University of Texas suggests that people who often say “I” are More 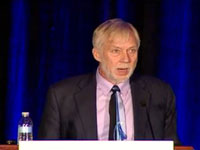 Roy F. Baumeister is a recipient of the Association for Psychological Science (APS) William James Fellow Award for his lifetime of significant intellectual contributions to the basic science of psychology. To explain the extraordinary phenomenon of human selfhood, Baumeister reviews evidence that human groups thrive precisely by differentiating selves. Contrary More

NPR: In these hyper-connected, over-shared times dwell two kinds of people: those preoccupied with taking and uploading photos of themselves and those who have never heard of the selfie. … But Pamela Rutledge doesn’t see it that way. The director of the nonprofit Media Psychology Research Center, which explores how More