Books to Check Out

Walter Mischel’s classic studies in childhood self-control, known popularly as the marshmallow tests, are among the most famous and impactful experiments in psychological science. Now, this research is earning special recognition from scientific, academic, and business organizations and federal lawmakers for having survived initial doubts to spawn major scientific breakthroughs. More

Being Choosy About Choosing

From grocery store shelves to investment offerings, the modern world offers an ever-increasing number of choices — and these options are leading to stress, said Sheena Iyengar of Columbia University at the 2015 APS Annual Convention. In a talk sponsored by the Society for the Teaching of Psychology, Iyengar noted More 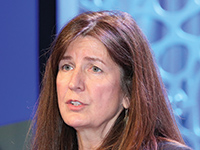 Beyond Simple Models of Self-Control

The adolescent brain is more “plastic” than it will ever be again and capable of remarkable adaptability in light of the many challenges that this developmental phase brings. Yet it is a peak time for accidental injury and death, in part because of diminished self-control – the ability to inhibit More 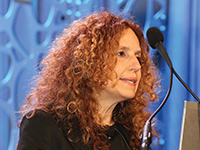 Regulation Across the First Decade of Life

Regulation – a multilayered construct defined by the interplay of excitation and inhibition –undergoes substantial development across the first decade of life, is supported by bottom-up processes, and matures in the context of parent-infant synchrony and the neurobiology of affiliation. The talk will chart a biobehavioral perspective on the development More 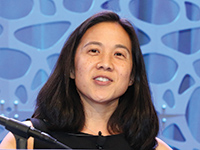