Look at Your Body to Reduce Pain

When you’re getting a flu shot or touching a thorny rose stem, simply looking at your body can actually reduce the pain, researchers have discovered. More

The Neurology of Schadenfreude

An experiment involving fans of Major League Baseball’s most intense rivals unearths a particularly troubling aspect of finding pleasure in others’ pain. More

Visions of sugarplums: The psychology of holiday temptation

Americans typically gain a pound between Thanksgiving and New Year’s Day. That may not sound like much to worry about, but the problem is that we don’t lose that pound once the holiday season ends. Instead, we accumulate a pound per season, year after year, for 10, 15, 20 years More 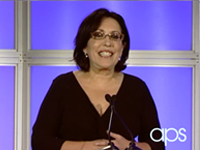 Word to Your Mother

Eating Habits Form in Early Childhood — Even in the Womb They say a mother’s duty never ends, and according to Julie Mennella, Bring the Family Speaker at the APS Annual Convention, this ceaseless task list should include training a child to appreciate a healthy diet — a job that More

Phrenology was the intellectual rage of 19th century America. Edgar Allan Poe and Walt Whitman each incorporated bits of the popular personality theory into his works, and Herman Melville went so far as to make his most famous narrator, Ishmael, an amateur phrenologist. The essayist Ralph Waldo Emerson was obsessed More