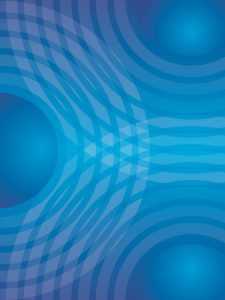 When people go to a clinician for mental-health assistance, the diagnostic process can often seem quite straightforward: Patients discuss their symptoms, and the clinician then matches those symptoms to a disorder and devises a treatment. However, this simplified view of the diagnostic process belies the complexity inherent in understanding, classifying, and diagnosing psychiatric phenomena.

The ICD is used by World Health Organization member countries and others to identify and track health trends, as a diagnostic tool, and as a guide for research. Although the first version of the ICD was created in the early 1850s,  a classification of mental disorders was not included until the sixth revision. The ICD, now in its 10th revision, is a category-based system that includes, among other material, descriptions of the clinical features of disorders within each classification category and diagnostic guidelines for clinicians.

Moving Toward the Future in the Diagnosis of Mental Disorders

The DSM, published by the American Psychiatric Association, mirrors the ICD in many ways. Like the ICD, the DSM uses a category-based system. Now in its fifth edition, this manual is a widely used diagnostic tool that provides criteria for the diagnosis of mental-health disorders and guidance for clinicians.

RDoC is different from the ICD and the DSM in that it is not a diagnostic tool. RDoC arose out of the idea that basing clinical research on symptom-based categories may be hampering attempts to understand the etiology and mechanisms of mental-health disorders. The RDoC framework organizes research investigating metal health into five main domains (negative valence systems, positive valence systems, cognitive systems, social processes, and arousal and regulatory systems), each of which includes various constructs and subconstructs. Each domain can be studied at one of seven units of analysis (e.g., molecules, circuits, behavior) with the goal of increasing understanding of the processes underlying mental illness.

The authors discuss the similarities and differences among these three approaches (ICD, DSM, and RDoC) in the ways they classify and conceptualize mental disorder, focusing specifically on how each deals with issues related to etiology (the mechanisms underlying mental disorder), categorical versus dimensional conceptualizations of disorders, thresholds between what is normal and disordered, and comorbidity (i.e., when people meet criteria for more than one mental disorder). The authors conclude by providing guidance and courses of actions for researchers, clinicians, and the public that are informed by the contents of the report.

In an accompanying commentary, Paul S. Applebaum praises the historical and conceptual analysis provided by this report and discusses three topics touched upon by Clark and colleagues: the role of science in revising current diagnostic frameworks, the incorporation of dimensional approaches into diagnostic schemas, and the reasons for differences among diagnostic frameworks.