Publications > Observer > Observations > Cigarette Craving Can Be Measured with a Squeeze 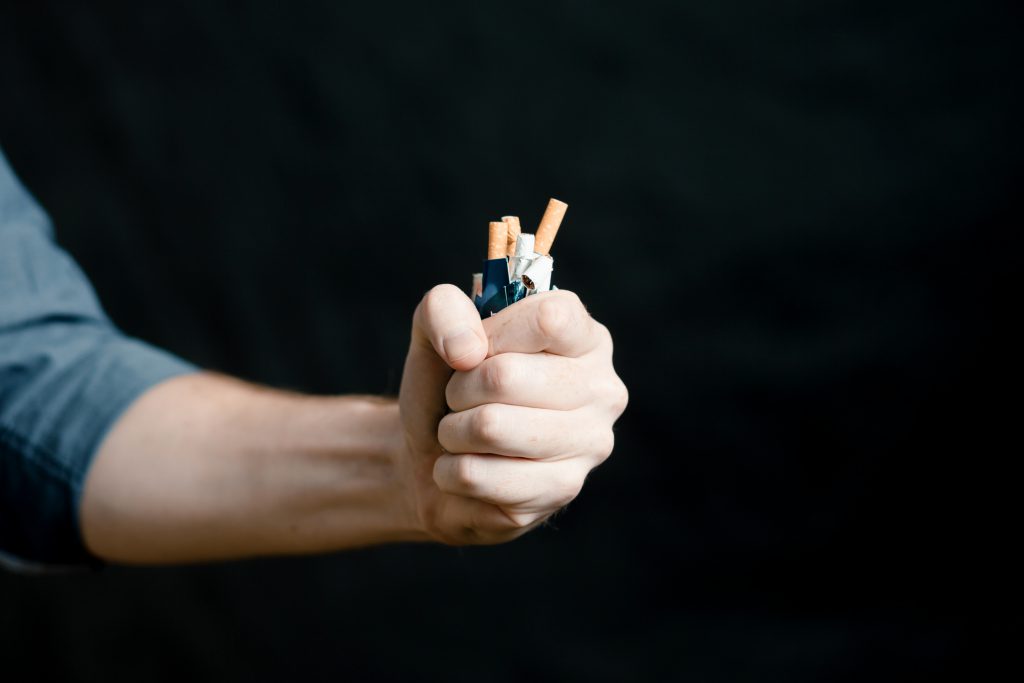 Craving, a biological urge that plays a critical role in addiction-related behavior, is challenging to measure because it is visceral and difficult to express in words or numbers on a scale. To address this challenge, researcher Kasey Crewell of Carnegie Mellon University and colleagues investigated the effectiveness of a nonverbal measure of craving in a population of interest: smokers.

In their study published in Clinical Psychological Science, the authors propose the use of a dynamometer, a handheld device that measures grip strength and squeeze duration, to measure craving among heavy smokers. They suggest that using a squeeze to express the strength of the urge to smoke is more intuitive and unbounded, as the participant can squeeze the device for an indefinite amount of time and more forcefully to express higher levels of craving.

In a preliminary study, the researchers used a dynamometer to assess hunger before and after being exposed to a food cue, and found that the squeeze recordings were sensitive to increases in craving and correlated with both traditional verbal self-reports and actual eating behavior. Next, the researchers applied these methods to a sample of daily smokers.

For the main study, the investigators recruited 202 adults who had smoked at least 10 cigarettes per day over the previous 12 months.

The participants abstained from smoking or consuming nicotine products for at least 6 hours prior to the study to maximize craving. They brought in a pack of their favorite cigarettes, which they handed over to the experimenters upon arrival.

First, the experimenters asked each participant to provide a rating of how much they were craving a cigarette at that moment. Some participants first expressed their level of craving on a scale of 0 to 100 and then using the pressure and length of a squeeze with the dynamometer. Others completed the measures in the reverse order. A third group completed only the self-report scale and a fourth group only used the dynamometer.

Next, participants received a tray containing their cigarettes, a lighter, and an ashtray. Participants lit one cigarette without putting it in their mouth and then held it in their non-dominant hand and looked at it. After 10 seconds of exposure, participants indicated their craving to smoke using the same measures they used previously and then extinguished the cigarette.

The researchers also assessed participants’ willingness to accept craving (WTAC) with a monetary task. An experimenter told participants they could take a smoke break before continuing with the study, but that they would earn more money if they delayed their break by 5 minutes. Participants told the experimenter the minimum amount of money they would accept in order to postpone smoking.

Interestingly, the change in squeeze between pre- and post-exposure to the cigarette did not predict latency to smoke – according to the authors, it could be that abstaining from smoking for 6 hours was the main factor influencing participants’ craving rather than the in-lab exposure to a cigarette.

Neither verbal ratings nor squeeze ratings predicted WTAC, indicating that WTAC might not have been a valid measure of smoking motivation in this study.

These findings suggest that a dynamometer could complement other measures of craving when assessing the efficacy of smoking interventions. Further research could clarify which dynamometer data — such as force, duration of a squeeze, or the velocity to peak squeeze force — are most effective for measuring craving. Researchers may also consider investigating how the measure could be used to assess other visceral states, such as pain.

Publications > Observer > Observations > Cigarette Craving Can Be Measured with a Squeeze