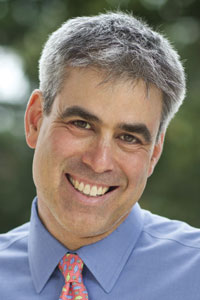 Political fervor in the United States is at its peak as the end of the 2012 Presidential Election approaches, and APS Fellow Jonathan Haidt, from New York University’s Stern School of Business, has been patiently observing the fray. Haidt investigates the psychological bases of morality across different cultures and political ideologies. He tries to understand the many teams fighting the culture wars, and with his colleagues at www.CivilPolitics.org, he hopes to find evidence-based ways to reduce discord. The month leading up to Election Day in the US is typically less-than-civil, but Haidt offers up three articles and a book that help explain why the major political parties will duke it out until the bitter end.

A Conflict of Visions: Ideological Origins of Political Struggles

“This book is the most powerful work I’ve encountered for showing the assumptions that liberals and conservatives make about human nature and how those assumptions then make certain policies seem like common sense,” says Haidt.

“This article is crucial for seeing the three very different psychological types who end up voting for the Republican Party,” Haidt says, but research suggests that they shouldn’t be lumped together by researchers.

“Elective Affinities”: On the Psychological Bases of Left-Right Differences

Haidt recommends this article because, “My colleague John Jost gives a strong defense of the usefulness of the left-right dimension.”

Above and Below Left-Right: Ideological Narratives and Moral Foundations

A short introduction to moral foundations theory is merged with APS Fellow Dan McAdams’ three levels of personality. Haidt says, “This should help you see how personality (at Level 1) can be heritable, yet political identities (at Level 3) are still constructed during development and shaped by one’s local moral community.”