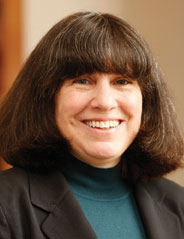 I am delighted to have been selected as the next Editor of Perspectives on Psychological Science. Under Ed Diener’s leadership, the journal has gotten off to a terrific start. It has published high-quality articles across the range of our discipline, including reviews, biographies, special issues reflecting on our science past and future, controversial target pieces with replies, and even a bit of humor. The quality has been rewarded both internally and externally. Many people recently have told me that PPS is their favorite psychology journal (okay, maybe that is not an unbiased sample). In addition, Thomson ISI has approved PPS for coverage in the Social Science Citation Index, the JCR: Social Science Edition, and Current Contents — Social and Behavioural Sciences. Coverage will start with the 2008 volume, so the first impact factor will be available in 2010.

One reason people tell me they like PPS is because it is one-stop shopping: They can learn about important issues in our various subdisciplines in one place. I agree that is a central goal of this journal, but I would also like to see the journal do more to foster conversations — including conversations both within and across our subdisciplines.

In addition to the types of articles already mentioned, there are four other kinds of articles I would like to see (or see more of) in PPS:

1. Target articles with commentary. PPS has already taken this approach with the Vul, Harris, Winkielman, and Pashler (May 2009) article on “Puzzlingly High Correlations in fMRI Studies of Emotion, Personality, and Social Cognition.” That manuscript stirred up a lot of controversy before it was published, so the Editor turned it into a “target article” and published commentaries from a broad range of researchers along with it. I believe that, as a field, we can have more productive discussions of that kind.

2. “A Tale of Two Literatures.” These are articles that would reveal connections between research areas in two or more subdisciplines of psychology. You will see an example in the upcoming March issue of PPS (Ranganath, Spellman, & Joy-Gaba, 2010). My graduate students and I noticed strong similarities between the methods and results of the cognitive research on induction and the social research on persuasion. We searched and found nothing that connected the two literatures. I had trouble imagining where we could sell an article that drew such connections between existing literatures without any new data until Ed Diener agreed it would be appropriate for PPS. I think the most powerful sentence in the article is: “In fact, the language difference between the two literatures is so great that a PsycINFO search using the language of one area will yield no results from the other.” We need to break down the language barriers between our subdisciplines to make psychology a more coherent field.

3. “The File Drawer.” I think all psychology researchers believe that a virtue of science is that it is self-correcting; I think we can be self-correcting faster. What I envision is loosely modeled on Psychological Science in the Public Interest. First, the Editorial Board identifies topics: phenomena that researchers have not been able to replicate. Next, we appoint lead researchers: people who will collect the mostly unpublished failures and write an analysis of what was done, what was (or was not) found, etc. Finally, the authors who published the original research would be given a chance to respond.

4. Adversarial collaborations. Another way to advance our science is to have people who have serious disagreements work together to either solve them or at least clarify them. I can imagine publishing empirical or theoretical adversarial collaborations. A good example of an empirical collaboration is Mellers, Hertwig, and Kahneman (July 2001) in Psychological Science. Researchers from two different viewpoints agreed to let a third party run particular studies to resolve an empirical question. (I’ll leave you in suspense.) I can also imagine a more theoretical version of that in which a third party asks specific questions of two (or more) researchers with conflicting theoretical viewpoints. Having them answer the same questions and resolve which differences are linguistic and which are fundamentally conceptual should promote ideas for future research.

I don’t want to mess much with what has been a successful recipe, but sometimes success necessitates change. Because of the increase in submissions, beginning January 2010 manuscripts will need to go through the SageTrack Web site — just as for Psychological Science. I would like to maintain Ed Diener’s tradition of corresponding with most authors before submission (spellman@virginia.edu) — especially those who want to try the new forms of article — but it will be easier to handle the review process through the online system.

Barbara Spellman holds a joint appointment at the University of Virginia, teaching half of her courses in the Law School and the other half in the Department of Psychology, where she has been a faculty member since 1997. She received her BA from Wesleyan University, a JD from New York University, and a PhD from the University of California, Los Angeles. Spellman spent much of her career researching how we develop and test hypotheses about our world, how we determine the causes of events in our lives, and how thinking about “what might have been” affects reason about what really is. More recently, she has turned her attention to where psychology and law intersect, applying her reasoning research to how people make decisions about the accuracy and weight of evidence in the courtroom. In addition to her stellar research background, Spellman brings a wealth of previous publications experience to her new position as Editor of Perspectives, having served as Associate Editor for Psychological Science, Psychonomic Bulletin & Review, and Thinking and Reasoning, as well as Consulting Editor at Psycho-logical Science, Social Cognition, Memory & Cognition and Perspectives on Psychological Science. She is also no stranger to APS, having served as Secretary of the APS Board from 2000-2005.