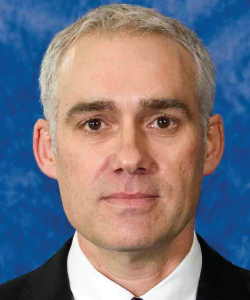 What prompted your idea to examine people’s behavioral responses in virtual environments compared to real life?

Both of us are tremendously committed to conducting research that has a clear and direct relevance to everyday life. As people expect virtual reality (VR) experiences to mimic actual reality, and so to induce similar forms of thought and behaviour, introducing VR into our research programs was a natural step.

Why pick contagious yawning as the behavioral phenomenon to study?

It’s a highly reproducible behavioural response in the laboratory, and our prior research has shown that this type of yawning is significantly reduced when people feel they are being watched or recorded. So it represented a behavior that can reliably be triggered, yet is highly sensitive to social presence in real-world contexts.

We also wanted to test whether this response could be induced within virtual environments. By demonstrating that yawning is just as contagious within VR as it is in traditional laboratory settings, we show that people are indeed responsive to imbedded social cues in VR. 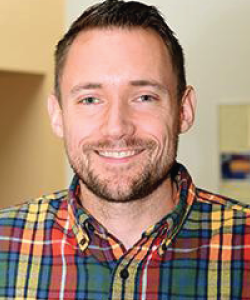 Describe the experimental approach you used, and what you found.

We performed five experiments in which participants were exposed to scenes of people yawning in VR under both low and high social-presence conditions. For the first study, we investigated whether social presence in the real-world testing environment impacted the VR-induced contagion. In particular, participants viewed the yawning stimulus in VR with and without a researcher sitting in the room with them. Despite the fact that participants wore headsets, and so were unable to see any outside social cues during the study, the mere knowledge that another person was present in the room was sufficient to eliminate contagious yawning within VR. However, in the low social-presence condition where the researcher left the room prior to testing, participants yawned at a rate that was comparable with previous studies (38%). The next four experiments all manipulated the degree of social presence experienced in the virtual environment itself, to assess whether social factors known to alter contagious yawning in the real world had the same effects in VR. Manipulations included the presence of implicit and explicit recording devices (a webcam) and humanoid avatars. Across all of these experiments, we found that contagious yawning was unaffected by social presence within VR.

What do you think these findings suggest about the use of VR in psychological research?

This study shows that social factors are perceived quite differently in real world and virtual environments. While people appear quite sensitive to some social stimuli in VR, as evidenced by rates of contagious yawning, our study shows that social presence manipulations in the virtual environment fail to induce changes in human behaviour that are observed in real-world contexts. Moreover, the findings from the first experiment suggest that the social context of actual reality dominates and supersedes that of VR. The fact that the mere presence of another person in real-life can dramatically alter behavioural responses in VR has profound implications for the use of this technology in psychological and cognitive science. We expect human behaviour in VR simulations to match what is observed in the real world, yet this study suggests that subtle features of the testing environment can have a big impact on even simple and reflexive responses such as contagious yawning. We hope this work spurs additional research examining how the features of the real world alter other forms of behaviour in virtual settings. Moreover, we hope to explore ways in which we can improve the matching of real-world and virtual social factors to be able to leverage this technology in studying naturalistic human behaviour.

Do you immerse yourself in virtual environments yourselves, for leisure activities or professional interest?

For now it’s primarily professional. Indeed, hopefully in the near future we can chat about our work with one another using VR rather than the phone or a webcam.