Observer > 2017 > May/June > APS Among Partners in March for Science 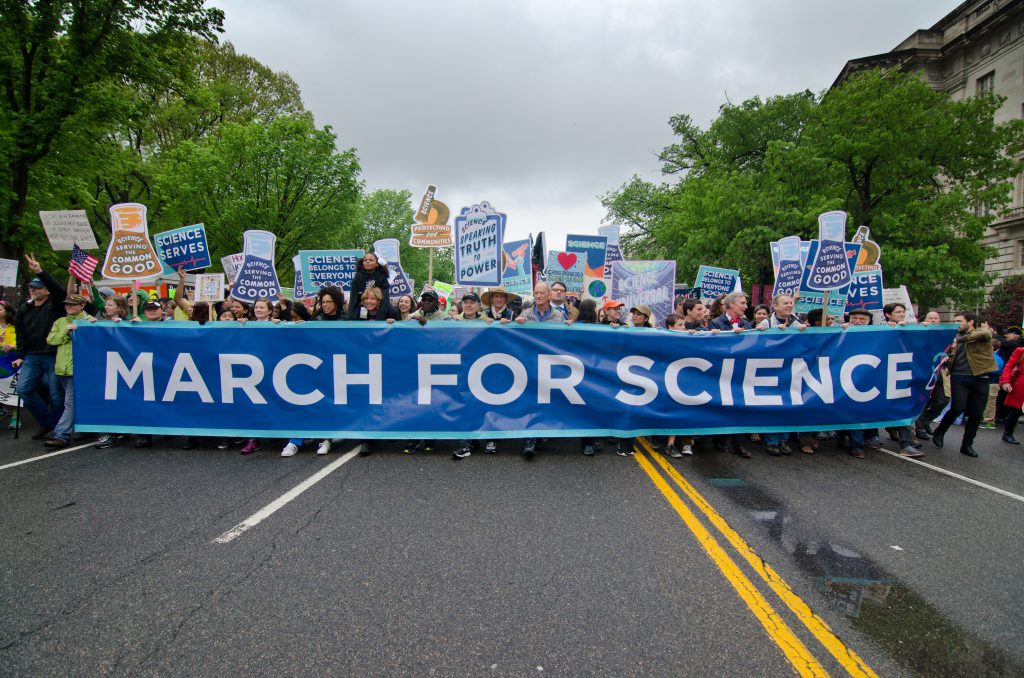 Thousands of people, many wearing knitted “brain” caps, braved persistent rain on April 22 to participate in the flagship March for Science, held on the National Mall in Washington, DC. APS was one of many scientific organizations serving as partners for the event, as well as for satellite marches around the world.

The march represented the first step in the global movement to defend the vital role science plays in everyday life, including in health, safety, economies, and governments.

APS joins such organizations as the American Association for the Advancement of Science, Society for Neuroscience, Consortium of Social Science Associations, Union of Concerned Scientists, and dozens of others in partnering with the organizers of the event.

Cohosted with the Earth Day Network, the march and preceding rally were a call for the implementation of science-based policies, as well as a public celebration of science and the enormous public service it provides in our democracy, our economy, and our daily lives.

Observer > 2017 > May/June > APS Among Partners in March for Science