On his long sea journey back home following the fall of Troy, the Greek war hero Odysseus sailed perilously close to the Sirens. The Sirens were beautiful and seductive creatures who used their enchanting songs to lure sailors into shipwrecks on the rocky coast. Odysseus yearned to hear the Sirens’ song, but he also knew that his weak will was no match for their potent temptation, so he ordered his crew to plug their ears and lash him to the ship’s mast—and never to untie him no matter what he pleaded. He did plead to be released, and his crew did ignore his pleas as ordered—and only in that way did Odysseus control his desires and avoid destruction.

Odysseus’s ship mast was arguably the first known “pre-commitment device.” That’s a term that psychological scientists use to describe the strategies we use to help us with self-control in the face of powerful temptation. Very few of us have perfect self-control, but importantly, many of us are well aware of our limited power to say no. So it’s sometimes possible to anticipate times of weakness—as Odysseus did—and devise ways to restrict our own freedom.

Surprisingly, people do choose to limit themselves in this way. That is, they will make a one-time decision that limits them to a better course of action in the future. Smokers who want to quit have been known to put their own money on the line to penalize themselves for smoking, and people opening bank accounts willingly sign contracts that don’t allow for early withdrawals—to save money that they know they would spend if left to their own devices. They take these actions voluntarily, and without incentives.

Recently, a team of psychological scientists devised a field study to see if a pre-commitment strategy might help people eat better on a large scale. Janet Schwartz and her Tulane University colleagues joined other scientists at Duke and at South Africa’s Discovery Vitality project to see if grocery shoppers might take voluntary pre-commitment steps to boost the amount of healthy food they purchased every month—and if such a strategy actually would result in healthier eating. Here are the details, from a forthcoming article in the journal Psychological Science: 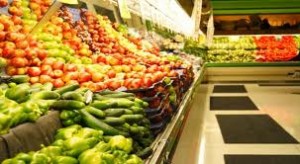 The Discovery Vitality program in South Africa is an incentive program that rewards people for a variety of healthy behaviors, including purchasing health food. Members get a 25 percent discount on most fruits, vegetables, fat-free dairy, lean meat and whole grains that they buy at their local Pick n Pay grocery. Even with this generous incentive, however, members’ purchases of health foods only come to about 30 percent of all food purchased. The researchers wanted to see if a pre-commitment strategy might boost that.

Some 6500 households were invited to put their cash bonus on the line. That is, if they could boost their purchases of healthy foods by just 5 percent each month, they would continue to get their 25 percent cash bonus. If, however, they fell short of this pre-commitment goal, they would lose their cash bonus for that month. In other words, the program offered only the threat of a negative consequence, without any positive incentive—aside from the opportunity to exercise better self-control in the grocery aisles, and be healthier as a result. The household shoppers were given the option of changing their minds in the first month, but then it became a binding commitment for six months.

A striking 36 percent of households signed up for the pre-commitment program—even with the risk of financial loss, and only self-improvement to gain. The changes in actual healthy shopping were mixed. Some of the households did reach the goal of a 5 percentage point increase in healthy foods, and therefore forfeited none of their cash bonus. Some households fell short of that goal, and lost money. On average, the participating families increased their healthy food purchases by 3.5 percent points, so overall the intervention was a success.

This 3.5 percent boost in health shopping was not insignificant. The control groups showed no comparable change in habits. Yet it does underscore the challenge of bringing about real behavioral change. Even when people are educated and aware and financially motivated, self-control is difficult. But the 36 percent turnout rate is encouraging, illustrating as it does that people are aware of their own weaknesses, and in moments of self-awareness, are willing to lash themselves to the mast to do what’s right.

News > We're Only Human > Sirens in the Grocery Aisles

A growing body of research supports the fact that, with acceptance and body autonomy, people who are transgender can live just as happily as anyone else. More

Student Notebook: Listen to Your Gut

Understanding the gut-brain axis can provide a much needed boost in well being. More