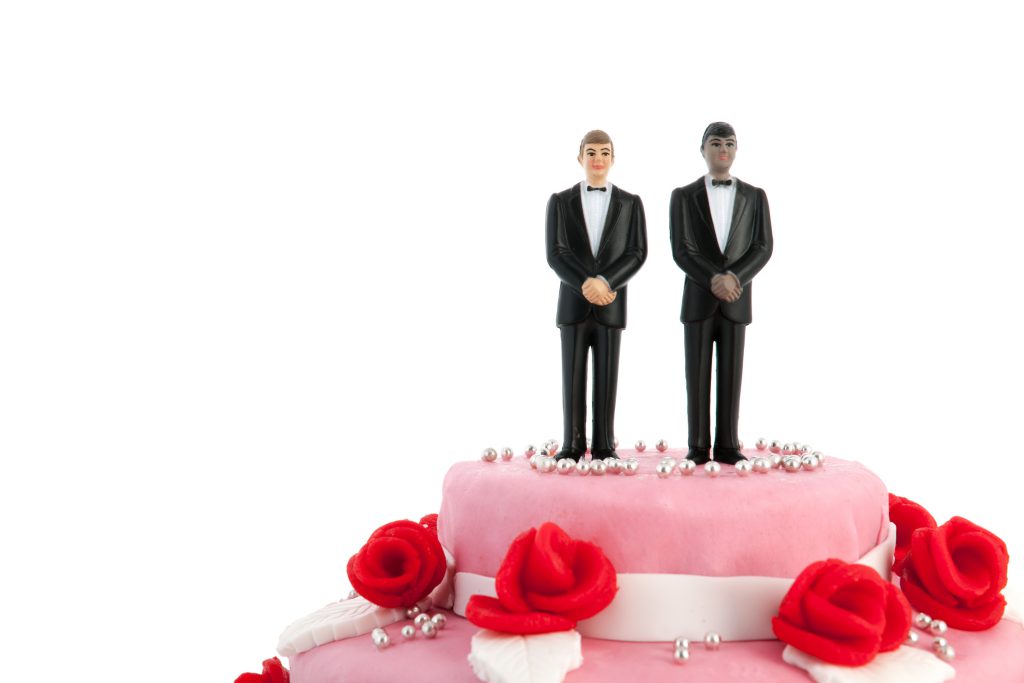 Why do opponents of same-sex marriage really oppose it? A study published in Psychological Science, a journal of the Association for Psychological Science, concludes that many people believe gay men and women are more sexually promiscuous than heterosexuals, which they may fear could threaten their own marriages and their way of life.

“Many people who oppose same-sex marriage are uncomfortable with casual sex and feel threatened by sexual promiscuity,” said David Pinsof, a UCLA graduate student of psychology and lead author of the study.

Such people often marry at a younger age, have more children and believe in traditional gender roles in which men are the breadwinners and women are housewives.

“Sexual promiscuity may be threatening to these people because it provides more temptations for spouses to cheat on one another,” Pinsof said. “On the other hand, for people who are comfortable with women being more economically independent, marrying at a later age and having more sexual partners, sexual promiscuity is not as much of a threat because women do not depend on men for financial support.” The researchers measured people’s attitudes, regardless of their accuracy.

People who feel their way of life is most threatened by sexual promiscuity tend to be socially conservative and strongly believe in traditional gender roles. Among them are women who prioritize family over career and who view their marital vows as sacred, said Martie Haselton, a UCLA professor of psychology and communication studies, and the study’s senior author.

The researchers surveyed 523 men and 562 women, 27 percent of whom oppose same-sex marriage. In one part of the study, subjects took a test designed to reveal whether and to what extent they associate images of gay couples with words and phrases like “promiscuous” or “one-night stand.” On sensitive topics, people often tell researchers what they think they should say, rather than what they really believe. This first test enabled researchers to avoid this problem because participants can’t easily control or fake the results, Haselton said.

Participants were shown a series of words associated with the adjective “promiscuous” — such as “casual sex” and “one-night stand” — as well as words associated with “monogamous” — such as “faithful” and “loving” — and images of either gay couples or heterosexual couples. They were instructed to match the words to either “promiscuous” or “monogamous,” while also categorizing the couples as gay or straight.

“If you have a hard time disassociating ‘gay’ and ‘promiscuous,’ it will take you longer to respond when ‘gay’ and ‘monogamous’ are paired,” Haselton said.

The test showed that many people tend to strongly associate the concepts “gay” and “promiscuous.”

Next, researchers asked people the extent to which they agree or disagree with statements such as:

The researchers determined subjects’ level of “sexual conservatism” based on how much they agreed or disagreed with statements like “Sex without love is okay” and “I can easily imagine myself being comfortable and enjoying casual sex with different partners.” Those who agreed more strongly with those statements were likely to support same-sex marriage.

“What people are willing to say about links between sexual promiscuity and sexual orientation and their reaction times tell a very similar story,” Haselton said.

The challenge of the study was whether Pinsof’s statistical analysis could predict whether participants support or oppose same-sex marriage strongly, moderately or slightly, based on their response times and their answers to the series of statements.

“That is remarkable; in psychological research, explaining 42 percent is huge,” Haselton said.

“Opposition to same-sex marriage may be strategic by people who are seeking to protect their marriages and the marriages in their communities, and are fearful that changing the definition of marriage is threatening to their way of life,” Pinsof said. “Because they view gay people as promiscuous, they view the idea of same-sex marriage as undermining the institution of marriage.”

All data and materials have been made publicly available via Open Science Framework and can be accessed at https://osf.io/t9c52/. The complete Open Practices Disclosure for this article can be found at http://pss.sagepub.com/content/by/supplemental-data.

This article has received badges for Open Data and Open Materials. More information about the Open Practices badges can be found at https://osf.io/tvyxz/wiki/1.%20View%20the%20Badges/ and http://pss.sagepub.com/content/25/1/3.full.

Careers Up Close: Angelo Brandelli Costa on Prejudice, Sexuality, and the Health of the LGBTQ+ Population

Angelo Brandelli, associate professor of social psychology at the Pontifical Catholic University of Rio Grande do Sul, researches the social and health of the LGBTQ+ population.

White Americans associate the label “Blacks” with being a target of racial bias more than the label “African Americans.”