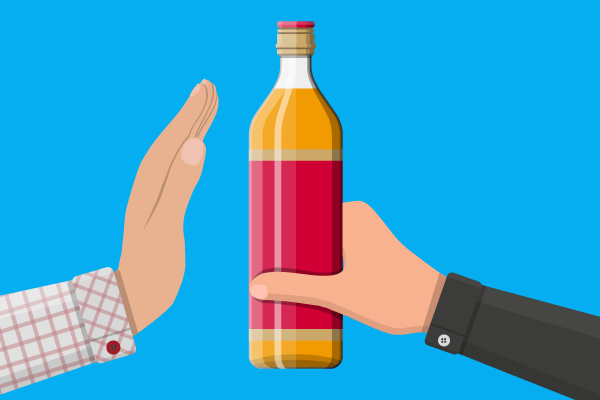 Summary: A study of more than 300,000 couples in Sweden finds marriage to a spouse who grew up exposed to parental alcohol misuse increases a person’s likelihood of developing a drinking problem.

The causes of AUD are complex and can include a mix of genetic, environmental, and social factors, including a family history of alcoholism. This familial effect, however, may be more complicated than first assumed.

New research published in the journal Psychological Science has uncovered a previously unrecognized family connection to AUD: the drinking habits of a person’s in-laws. This study suggests that marriage to a spouse who as a child was exposed to parental alcohol misuse increases that person’s likelihood of developing AUD, even if the spouse does not have a drinking disorder.

“Our goal here was to examine whether a spouse’s genetic makeup influences risk for AUD,” said Jessica Salvatore, an assistant professor of psychology at Virginia Commonwealth University, and lead author on the paper. “In a somewhat surprising twist, we found that it wasn’t the spouse’s genetic makeup that influenced AUD risk. Rather, it was whether the spouse was raised by an AUD-affected parent.”

“It’s not just the offspring of affected parents who are at risk, it’s the people those offspring end up marrying, too.”

The researchers analyzed marital information on more than 300,000 couples in Swedish national population registries, finding that marriage to a spouse with a predisposition toward alcohol use disorder increased risk for developing AUD. This increased risk was not explained by socioeconomic status, the spouse’s AUD status, nor contact with the spouse’s parents. Instead, the researchers found that, rather than genetics, this increased risk reflected the psychological consequences of the spouse having grown up with an AUD-affected parent.

“Growing up with an AUD-affected parent might teach people to act in ways that reinforce a spouse’s drinking problem,” said Salvatore. “For example, taking care of a spouse when they have a hangover.”

The study’s findings underscore the pernicious and long-lasting impact of growing up with a parent with AUD, extending even to the spouses of their adult children.

“It demonstrates the long reach that parental alcohol problems have on the next generation,” Salvatore said. “It’s not just the offspring of affected parents who are at risk, it’s the people those offspring end up marrying, too.”

The findings are consistent with evidence from other research labs, she said, which suggests that those who grow up with a parent with an alcohol use disorder may be at particularly high risk of using alcohol as a “tool” to improve their marital interactions.

“These kinds of processes may inadvertently lead a spouse down the path of alcohol misuse,” she said. “To be clear, my guess is that these processes are out of people’s conscious control. No one wants to ‘give’ their spouse an alcohol problem.”

The study’s findings are an important contribution to a burgeoning area of research on social genetic effects, or the effects of a social partner’s genetic makeup, Salvatore said. Conclusions from previous studies of social genetic effects were limited by the fact that people’s genotypes were correlated with their rearing environments. In other words, in prior studies it was difficult to say whether effects were attributable to the partner’s genes versus how they were raised because their parents provided both their genes and their home lives.

“What we were able to do in our study was tease apart the effects of the social partner (spouse’s) genes and the rearing environment,” she said. “And when we did that, what we found surprised us: It’s something about the spouse being raised by a parent with a drinking problem, rather than the spouse’s genetic makeup, that influences a person’s risk for developing an alcohol problem.”

The study’s findings could prove valuable when it comes to treating couples struggling with alcohol. The findings reinforce the idea that interventions for substance-use disorders should be administered at the level of a couple or the family (for those who have a partner) rather than at the individual level, Salvatore said.

This study is part of Salvatore’s larger body of research that seeks to understand “how the people we love shape the way we drink.”

“In the best-case scenario, spouses can be one of our first defenses against poor health—they bug us to schedule our annual exams, and they’re among the first to notice if we’re feeling blue or tipping too many drinks back. But spouses can also be a liability for poor health,” she said. “The results from this study underscore how a spouse’s experiences in his/her family of origin can be a risk factor for the development of alcohol problems.”

Psychological Science, the flagship journal of APS, is the leading peer-reviewed journal publishing empirical research spanning the entire spectrum of the science of psychology. For a copy of this article, “Disentangling Social-Genetic From Rearing-Environment Effects for Alcohol Use Disorder Using Swedish National Data,” and access to other research in Psychological Science, contact news@psychologicalscience.org.