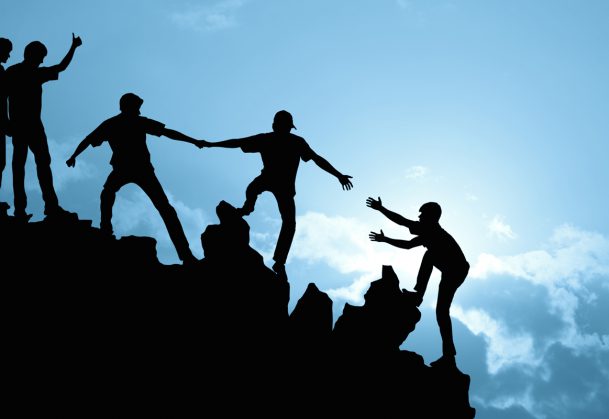 From an evolutionary perspective, cooperating with others can yield benefits that increase chances of survival. But what are the conditions that motivate us to cooperate? New research suggests that reciprocity – cooperation under the assumption that we will receive benefits in return – outweighs our desire to conform with group norms when we’re deciding whether to cooperate with someone.

“Understanding human cooperation with strangers is considered a puzzle by many disciplines. Our findings show that people are relatively influenced more by reciprocity than conformity when deciding to cooperate with others,” says psychological scientist Angelo Romano of the University of Torino and Vrije Universiteit Amsterdam. “This is important because it advances theory on understanding the origin of human cooperation.”

Previous research had produced evidence in support of both reciprocity and conformity, but Romano and co-author Daniel Balliet of Vrije Universiteit Amsterdam observed that no studies had tested which process would win out if the two were pitted directly against each other.

Romano and Balliet wondered: If another person chooses to cooperate with us, would we return the favor even if other members of our group don’t? Or would we follow the group norm and choose not to reciprocate the other person’s cooperative overture?

The researchers conducted a series of three online experiments to find out.

In one study, 704 online participants completed activities with five other group members – in reality, the responses of these five “participants” were actually programmed by the researchers.

In the first activity, participants imagined that their spaceship had crashed and had to decide which 15 pieces of equipment to bring with them as they escaped. They were told that their score would be combined with those of their group members, who were supposedly completing the task at the same time. The purpose of this activity was to foster a sense of group cohesion and belonging among participants.

Then, in a second activity, the participants played a game with their group members and another partner (also programmed by the researchers). In each round, a group member and the partner each received 100 tickets and had to decide how many to give to each other. Each ticket given away doubled in value – for the participant, the best outcome would occur if she kept all 100 of her tickets and her partner gave away all 100 of his tickets. In this case, the participant would have a total of 300 tickets.

Importantly, the participants played last and could see the previous rounds between the partner and each group members before making their own decision.

Additional experiments supported these results, even when the researchers included additional factors that strengthened group norms.

Taken together, the experiments shed light on the mechanisms that drive our decisions to cooperate with people who aren’t genetically related to us – a topic that has long perplexed behavioral, evolutionary, and biological scientists.

And they may have implications for boosting cooperation in the real world:

“Our research may also inform practitioners interested in finding solutions to promote cooperation at small and large scales – among individuals and groups, organizations, and nations,” says Romano. “Indeed, the social dilemmas investigated in these studies are used to study and model real world problems such as global warming, or tax evasion.”