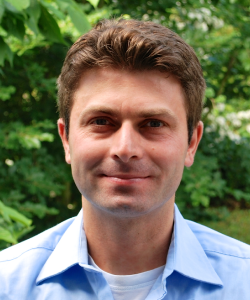 Please briefly describe your research interests.
I study skills and abilities that develop in response to adversity. Conventional instruments may not measure these “hidden talents.” My applied goal is to leverage these skills and abilities in educational and work settings.

What was the seminal event, or series of events, that led you to an interest in your award-winning research?
Some of my childhood friends grew up in harsh conditions. I once saw one of them respond violently to a (perceived) social transgression. I was dismayed. His behavior was impulsive and resulted from poor judgment — or so I thought. Later that day, he turned to me and said: “I know you don’t like what you saw. People think I’m crazy. But where I grew up, I had to bite when people took my stuff. Otherwise I would lose everything.” He read my mental states, described his strategies and abilities, and explained these as an adaptive response. Similar reflections exist in ethnographies and interviews. This complexity is overlooked when only viewing such behaviors as maladaptive. Of course, we do want to change harmful behavior. Therefore, I ask how stress-adapted strategies and abilities can be used for positive ends. This is hard to imagine for violence but easier to imagine for reading other people’s thoughts and feelings, finding creative solutions with limited means, multitasking in a chaotic environment, and solving other challenges that are prevalent in harsh environments.

Tell us about one of the accomplishments you are most proud of within this area of research. What factors led to your success?
I’m proud when I receive positive feedback from people who have been affected by adversity. Just after publishing the first article on the hidden-talents approach in 2013 (Frankenhuis & de Weerth), I received an e-mail from a woman who had been exposed to severe trauma. She had developed a suite of responses to this trauma, most of which would be characterized in the literature as deficits. The woman agreed she had some deficits, but she viewed her other responses as adaptations to context (e.g., the skill to hide emotions, so malevolent people cannot use them to manipulate you). It bothered her that deficits models do not acknowledge these strengths. She thought the hidden-talents approach filled a gap. That matters to me.

What contributions, or contributors, to psychological science do you feel have had a major impact on your career path?
I also conduct theoretical research at the intersection between evolution, development, and learning. These interests were influenced by an intense debate between developmental-systems theorists and evolutionary psychologists (Lickliter & Honeycutt, and commentaries). The former criticized the latter for downplaying development; the latter criticized the former for downplaying the role of natural selection. I have made it my goal to synthesize these approaches by formally modeling evolution and development within a single framework. To accomplish this goal, I use a method called stochastic dynamic programming. Originally developed in engineering to control state-dependent machines in dynamic environments (e.g., airplanes), this method generated great insight in behavioral biology (e.g., foraging) but had received little attention in developmental science. Stochastic dynamic programming allowed me to synergize development and evolution by studying how natural selection may shape the developmental “decisions” of systems that have access to information from multiple sources, such as genes, epigenetic (prenatal) effects, and postnatal experiences. In general, there is so much wonderful work done in biology that psychologists could benefit from and vice versa.

Re: contributors: My father taught me fascination with the natural world; my mother showed me the value of caring for other people. Together, they created the spark that drove me into science. As an undergraduate, I benefitted greatly from Denny Borsboom’s guidance in learning to be critical of my own ideas. In graduate school, Karthik Panchanathan, Clark Barrett, and Rob Boyd deepened my thinking and helped me develop the skills I now use in my research. Daniel Nettle inspires me and remains an ideal collaborator. And I hugely enjoy working with my PhD students, who blow my mind on a regular basis.

What questions do you hope to tackle in the future?
Developmental psychologists typically see evolutionary approaches as assuming that phenotypes are “innate.” This assumption is mistaken. Nothing in the predominant view in biology entails that adaptive phenotypes are present at birth, fixed across ontogeny, and universal in the species. Far from it. Natural selection often results in developmental mechanisms that produce different phenotypes in different environmental conditions (e.g., stress-response systems adapt to current levels of danger). In my theoretical research, I use formal (mathematical) modeling to understand how natural selection shapes developmental and learning mechanisms, which adapt individuals to their physical and social environments during the lifetime. My goal is to discover how these processes produce species-typical developmental trajectories and outcomes, individual differences, and cultural variation. My larger ambition is to contribute to a strong, enduring infrastructure that connects the social and biological sciences. In doing so, I hope to contribute to consilience – the integration of all sciences.

What does winning this award mean to you both personally and professionally?
I appreciate the recognition. I pour my heart and soul into my job, and in doing so I have made sacrifices that many scientists make (e.g., moving geographically far away from family and friends for graduate school or a job); and crucially, I have asked for sacrifices from my family and friends. That said, I would like to take this opportunity to highlight that there are many excellent scientists who are working in less fortunate conditions than I am. They are doing fantastic research while fighting an uphill battle and deserve recognition as much as I do. I hope that more of them will receive recognition for their work in the future, such as an APS Spence Award.