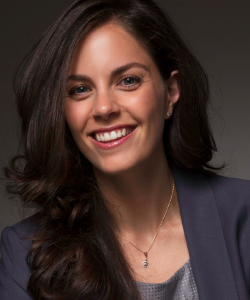 Please briefly describe your research interests.
Blaise Pascal described human beings as “the glory and scum of the universe.” Each of us carries blueprints for an astonishing range of social behaviors, from the heroic to the atrocious. My research seeks to understand this paradox by studying the cognitive building blocks of human morality, including social learning, impression formation, empathy, moral judgment, and decision-making. I draw upon methods and insights from social psychology, behavioral economics, computational neuroscience, and philosophy.

What was the seminal event, or series of events, that led you to an interest in your award-winning research?
My current research is the product of a series of happy accidents, usually accompanied by an insight that I needed to seek additional training to tackle the question of the day. As a young PhD student, I was primarily interested in the neuromodulation of self-control, and my most promising early discovery showed that serotonin modulated the self-regulation of social decisions. This drew attention from behavioral economists; in talking with them, I realized I needed to learn economic approaches to understanding social preferences. Bridging these economic approaches with neuroscience required training in computational neuroimaging. As I began to publish more and more data on the neuroscience of social decision making, philosophers took notice and started discussing the ethical implications of my research. I wanted to participate in these conversations, which meant seriously engaging with scholarship in philosophy, and this tilted my research program toward experimental philosophy. Now, my work includes all of these approaches.

Tell us about one of the accomplishments you are most proud of within this area of research. What factors led to your success?
Toward the end of my PhD about 8 years ago, I started thinking about how “model-based” and “model-free” reinforcement-learning systems might interact to shape moral judgments and decisions. I published a few theoretical papers on these ideas, but finding empirical support has been more challenging. My first attempts during my postdoc years were inconclusive, and so I stepped away from the problem for a while, but it remained in the back of my mind. After a few years, together with some seriously clever collaborators, I tried again. Now, we have several empirical projects in the pipeline that revisit these ideas afresh, and I’m very excited to see them finally coming to fruition. Several factors made a difference between the first and second attempts. One change, of which I’m particularly proud, is that I’ve been making a concerted effort to study morality outside the confines of the lab. Many of these new projects involve field studies, experience sampling, and analyses of social media behavior. Studying morality “in the wild” requires large, interdisciplinary research teams, and leading these has brought new challenges I’ve approached with gusto. Another key factor was bringing in new collaborators who think about the problem differently. A third exciting change has been the rapid recent advances in artificial intelligence which have stimulated many discussions within and beyond academia about how we might build morality into machines (and the ethical implications of doing so). Overall, what this experience has taught me is that scientific careers are long. Perseverance is highly valued in science, but patience is also important. In some cases it may be wiser to put an idea on hold for a few years than to power on through. Sometimes you have to wait for the right conditions to arise before you can gather data to test your hypotheses.

What contributions, or contributors, to psychological science do you feel have had a major impact on your career path?
Morality is a topic that spans many disciplines, and I’ve been fortunate to learn different scientific approaches from generous colleagues too countless to name exhaustively, but here are a few. When I learned about social cognitive neuroscience as an undergraduate at UCLA, it blew my mind — I immediately joined Matt Lieberman’s lab, where he and Naomi Eisenberger took me under their wings and treated me like a graduate student. My PhD mentors Trevor Robbins and Luke Clark at Cambridge taught me the value of translational approaches to science and how animal models of learning and decision making can shed light on more complex neurocognitive processes in humans. During my postdoc at University of Zurich, my advisor Ernst Fehr and collaborator Michel Marechal showed me how to think with laser-sharp precision about how incentives shape behavior. My UCL postdoc mentors Peter Dayan and Ray Dolan and collaborators Zeb Kurth-Nelson and Robb Rutledge taught me how to think algorithmically and build computational models of cognition. Since starting my own lab, I’ve collaborated with several philosophers, including Julian Savulescu, Guy Kahane, Walter Sinnott-Armstrong and Laurie Paul – they’ve been incredibly influential in guiding my conceptual reasoning about ethics and the structure of the mind. Most recently, I’ve been inspired by colleagues in psychology at Yale and beyond: Jenn Richeson, Margaret Clark, Laurie Santos, Hedy Kober, Paul Bloom, Brian Scholl, Linda Skitka, Dave Pizarro, Peter Fonagy, Don Carlston, and the Duck Social Cognition conference participants. But perhaps the greatest impact nowadays comes from my brilliant students, who bring fresh minds to old problems and motivate me to keep learning.

What questions do you hope to tackle in the future?
Lately I’ve been thinking deeply about the psychology of moral narratives. Humans are natural storytellers and there is evidence that our sense of self is narrative in structure. My lab is currently working on developing a cognitive neuroscience of moral narratives. How do we construct stories that enhance or hinder our sense of ourselves as moral creatures? How do moral narratives shape social conflict and reconciliation? With the rise of smartphones and social media, our collective attention is becoming ever more consumed by the stories on our screens. I hope to better understand how these stories can be harnessed for social progress.

What does winning this award mean to you both personally and professionally?
Professionally, it’s a huge honor to be recognized among a list of scholars who have been so inspirational to me. I only hope I can pay that inspiration forward to the next generation of scientists. Personally, it’s incredibly rewarding to receive this award alongside some of my favorite colleagues in social neuroscience – Luke Chang, Mina Cikara, and Jon Freeman. We’ve “grown up” together in an emerging field – I still remember attending summer schools with them as graduate students – and it’s been amazing (though entirely unsurprising) to see their careers progress. Finally, my career path has involved living in many places, often very far away from the people I care about most. I’m grateful to my family and friends – Cailin, Susan and David Crockett, AJ te Velthuis, and Beth Altringer, for their unflagging love and support.