LiveScience: Timothy Wilson is a professor of psychology at the University of Virginia and author of “Redirect: The Surprising New Science of Psychological Change” (Little, Brown and Co., 2011) and he contributed this article to LiveScience’s Expert Voices: Op-Ed & Insights. Scientific practice is under intense scrutiny these days, including More

The APS Student Caucus (APSSC) held a host of events designed to get aspiring psychological scientists engaged and connected. It began with the Student Social held at Uptown Tap House in Washington, DC, during which students enjoyed drinks, music, dancing, and an opportunity to mingle with their peers before the More

This year marks a milestone for APS — our 25th anniversary. The milestone was celebrated at the 25th APS Annual Convention with a birthday party and concert featuring APS’s super group, which includes recording artists and featured psychological scientists Daniel J. Levitin and APS Past President Robert W. Levenson, who More

While a passion for scientific and technological innovation and the promise of a career with above-average job prospects may lead many undergraduate students to declare a major in a scientific field, fewer than half of them will actually complete their degree in one of these areas, according to a 2012 More

Student Research Award The APS Student Research Award (SRA) serves a dual purpose: to provide students with experience of the peer review process (both as submitters and reviewers) and to recognize outstanding research conducted by students. This year’s competition received 260 submissions, representing all areas of psychological science. The quality More 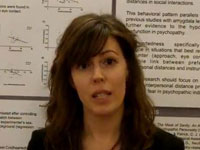