A sample of new research exploring whether a single-nucleotide polymorphism on the oxytocin receptor gene is linked with face recognition and how people map spatial relations when they take another person’s perspective. More

Women underperform on spatial tests when they don’t expect to do as well as men, but framing the tests as social tasks eliminates the gender gap in performance, according to new findings published in Psychological Science, a journal of the Association for Psychological Science. The results show that women performed More

Spatial reasoning measured in infancy predicts how children do at math at four years of age, according to findings from a longitudinal study published in Psychological Science, a journal of the Association for Psychological Science. “We’ve provided the earliest documented evidence for a relationship between spatial reasoning and math ability,” More

How Rats, Bats, Bees, and People Navigate Their Worlds

Nearly 70 years ago, psychological scientist Edward Tolman introduced the idea that humans and other animals have a “cognitive map” that allows them to navigate their everyday spatial environments. Evidence of physical processes underpinning cognitive maps emerged in 1971 with breakthrough research based on recorded brain activity in freely moving More 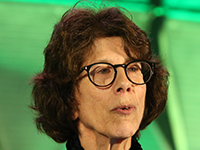