Why Mental Pictures Can Sway Your Moral Judgment

NPR: When we think about morality, many of us think about religion or what our parents taught us when we were young. Those influences are powerful, but many scientists now think of the brain as a more basic source for our moral instincts. The tools scientists use to study how More

How Do We Make Moral Judgments? – Insights From Psychological Science

New research published in Psychological Science, a journal of the Association for Psychological Science, provides intriguing insights into some of the factors that influence how we make moral judgments. Reappraising Our Emotions Allows Cooler Heads to Prevail We might like to think that our judgments are always well thought-out, but More

Misinformation: Psychological Science Shows Why It Sticks and How to Fix It

Childhood vaccines do not cause autism. Global warming is confirmed by science. And yet, many people believe claims to the contrary. Why does misinformation stick? More 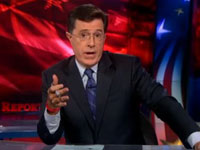 Truthiness — it’s what satirist Stephen T. Colbert calls “the truth that you feel in your gut, regardless of what the facts support.” Now APS Member Eryn J. Newman, Victoria University of Wellington, New Zealand, is taking a closer look at what really happens when we “think with our guts.” More

What Is Logical Isn’t Always True

NBC: Exactly four years after a British mother gave birth to a pair of twin boys, on July 18, she delivered a second set of naturally conceived twins, according to a report Thursday in the British newspaper The Sun. The mom, Kim Hefer, is reportedly the first woman in the United Kingdom More