APS Fellow Richard Foxx has received the 2013 Award for Distinguished Professional Contributions to Applied Research from the American Psychological Association. Foxx is a professor of psychology at Pennsylvania State Harrisburg and an adjunct professor of pediatrics at the Pennsylvania State University College of Medicine. He is widely recognized for More

Reflecting on a Lifetime of Achievement

As part of APS’s 25th Anniversary celebration, the Board of Directors is honoring 25 distinguished scientists who have had a profound impact on the field of psychological science over the past quarter-century. Eight individuals have been selected to receive the James McKeen Cattell Fellow Award, honoring a lifetime of significant More

Finding from a clinical study challenge the hypothesis that impaired attention might be at the root of autism symptoms. More

Revisiting the ‘hormone of love’

It’s been more than a decade since oxytocin was first heralded as the “hormone of love”—a distinction that came with optimistic predictions for future drug therapies. It was just a matter of time before an oxytocin nasal spray would be available on pharmacy shelves, with the potential to cure shyness More 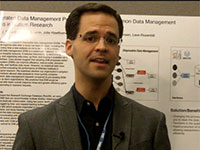 University College London and University of Aarhus William James Fellow Award An internationally renowned developmental psychologist, Uta Frith has pioneered much of the current research into the cognitive neuroscience of autism and dyslexia. In fact, she is regarded as one of the first scientists to recognize autism as a condition More