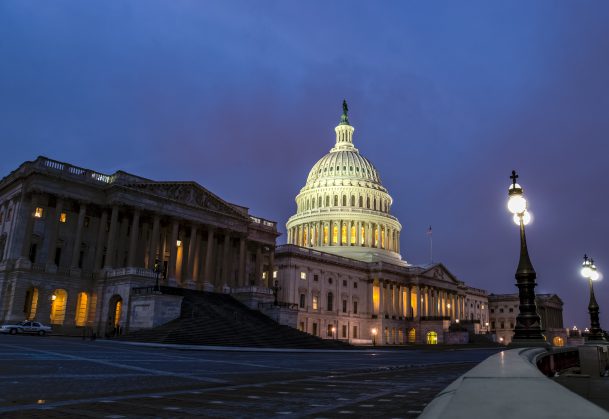 The Congressional hearings over sexual assault allegations that threatened Brett Kavanaugh’s confirmation to the US Supreme Court revolved around a core area of psychological science: memory. In the wake of the hearing, journalists turned to our field to understand the testimony of accuser Christine Blasey Ford as well as Kavanaugh’s denials of the allegations.

Ford, described in The Atlantic as “her own expert witness,” is a psychological researcher affiliated with Palo Alto and Stanford universities. She teaches classes on research methodology in clinical trials and has authored or coauthored more than 80 empirical articles and books over the course of her career. In testimony on September 27, 2018 before the Senate Judiciary Committee, she detailed her memories of Kavanaugh assaulting her in 1982 when they were teenagers.

Kavanaugh denied the allegations during his testimony later in the day, presenting old calendars he kept during high school that he said showed he was out of town during the summer that the assault allegedly took place.

At one point, when asked how she could be so sure of her recollections, Ford described how an increase in certain neurotransmitters during alarming experiences can influence memory encoding and consolidation.

This process, scientists suggested in media reports, may account for Ford’s certainty that Kavanaugh was the individual who assaulted her, even if she cannot remember some other details of the event.

“People tend to think of memory as all-or-none — as if you either remember everything, or your entire memory is flawed,” cognitive psychologist Charan Ranganath of University of California, Davis, told TIME. “Neuromodulators like norepinephrine can change what will and will not be prioritized, so it’s very possible that some aspects of an event can be retained and recalled fairly accurately for long periods of time, while other, less significant details may be lost.” Ranganath talked about his research on how memories are prioritized as part of the Presidential Symposium at the 2018 APS Annual Convention.

In an interview with The Los Angeles Times, APS Fellow Tracey J. Shors, who studies behavioral neuroscience at Rutgers University, said she found interesting Ford’s detailed memories of the “context and layout of the bedroom, the bathroom where she hid, and the stairwell to the room.” Shors and her colleagues recently published a study showing how experiencing sexual violence can affect sensory and contextual memories.

Using a clinical interview tool called the Autobiographical Memory Questionnaire, Shors and colleagues asked 183 college-age women–already assessed for trauma history, including nonsexual trauma—about the most stressful event of their lives. Specifically, the women were asked to recall temporal and spatial details of the event, as well as its emotional intensity and overall significance.

The researchers also assessed the participants for short-term memory, anxiety, posttraumatic cognition, and mood. They found that women who had experienced sexual violence in the past were significantly more likely to remember powerful temporal and spatial memories about their most stressful life event compared with women who reported no history of sexual victimization.

Other psychological researchers have lent their scientific expertise to discussions about traumatic memories in the wake of the allegations against Kavanaugh. In an opinion piece for the Washington, DC-based newspaper The Hill, APS James McKeen Cattell Fellow Gail S. Goodman cited research that used social service and court records to track down people who had been victimized as minors. Researchers compared the adults’ recollections of the events with medical records and other data and found that victims accurately recalled the central aspects of the assaults even 2 decades later.

The scientific underpinnings of alcohol use and its influence on memory has also become a topic of interest, since Ford has described Kavanaugh as “stumbling drunk” at the time of the assault. In his testimony, Kavanaugh maintained that he was not involved with the events that Ford described and has never blacked out from being intoxicated.

The hippocampus is “the part of the brain that is doing most of the heavy lifting to encode new memory,” said Duke University Professor Scott Swartzwelder in a story on the PBS News Hour website. “It’s a structure that happens to be very, very sensitive to alcohol.”

Kate Carey, a Brown University psychological scientist who studies drinking behavior, explained how alcohol can interfere with memory encoding in an interview with The Washington Post: “In the moment, the person can be functioning normally, with no sign there’s going to be memory impairment. But because those memories never get consolidated and stored, it’s like they never occurred, so you can’t recall them later on. Which doesn’t mean it didn’t happen.”

Researchers say that although Ford’s story conflicts drastically from Kavanaugh’s, science suggests that it is possible that both firmly believe what they’re saying.

“Confidence is not a good guide to whether or not someone is telling the truth,” APS William James Fellow Nora Newcombe of Temple University told the Associated Press. “If they think they’re telling the truth, they could plausibly both be confident about it.”

For more perspectives on memory as it applies to the Kavanaugh story, read these posts from APS Fellow David G. Myers on the blog The Psychology Community.

The science is solid about how memories are preserved. There are however other factors that influence the final patterns if memory trace that emerges in a narrative…..embellishment and repressive aspects are common particularly in traumatic settings with alcohol in the mix. More so, the subjective nature of recalling an event needs corroboration from independent sources such as eyewitness accounts. Even then, the media coverage of such events is likely to influence apotnaeous free recall which is needed to obtain collateral support. Nonetheless, the case immuniatea critical research issues in memory functions.

This was a good discussion of factors influencing the Kavanaugh situation. However, I found the discussion to be somewhat unbalanced. In particular, this article seemed to assume that Dr. Ford’s memory was essentially accurate, while his was not. Why? Why is her memory assumed to be accurate and his not?
She has clearly been traumatized, but how does that translate into affirmation of her remembrance over his? He seems to have some corroboration, while she provided none. Is her memory viewed as impervious to distortion, so much so that the party she apparently remembers is assumed to be a rapist/sexual predator?
Again, I have great empathy for whatever she has gone through but why the belief that based solely on her recollection, he was the perpetrator? Why not mention the ample research showing her memory could also be distorted.
The supplementary article provided (Myth: Eyewitness Testimony is the Best Kind of Evidence) cites the number of men convicted accidentally (not purposely), as guilty of rape..Why no mention of that? Everyone’s memory is fallible. Why focus solely on one person’s vulnerability to distortions?
I simply raise the question. All the available research should be discussed, not just part of it.

So what about the memory of others at the party, including Ford’s close friend, who also have no memory of this happening? You think anyone else would remember this tragic event? Or you think there would be ANY evidence at all besides her memory (which as a whole is constantly contradictory and limited)? How about we turn away from research on memory and turn towards research on memory and towards some research on motivation and common sense. The bottom line is she had 35 years to make these claims and remembers close to nothing useful to even investigate. She decides to bring up her claims right before midterms and happens to be someone who is liberal in an extremely liberal field. She’s gained fame, funding, and support from millions for coming out with these claims and impeding Kavanaugh’s confirmation, despite having ZERO evidence, and she will continue to be seen as a hero standing up against sexual abuse to the left. This is why no one cares or will ever care about the memory behind this situation because the evidence and motivation here is way too clear to everyone who believes in innocent until proven guilty with sufficient evidence (you think scientists would?). Yes, sexual assault is awful and a horrible crime that many women unfortunately experience, but it’d be best not to use such bullshit talk about memory to try to cover up a lack of evidence and questionable motives. Doing so makes a mockery of those who actually experience sexual assault, memory research, and psychology as a whole. In a field where finding valid evidence is so valued, you’d think that you wouldn’t find such a deviously written piece that pushes a political narrative that is likely completely false.