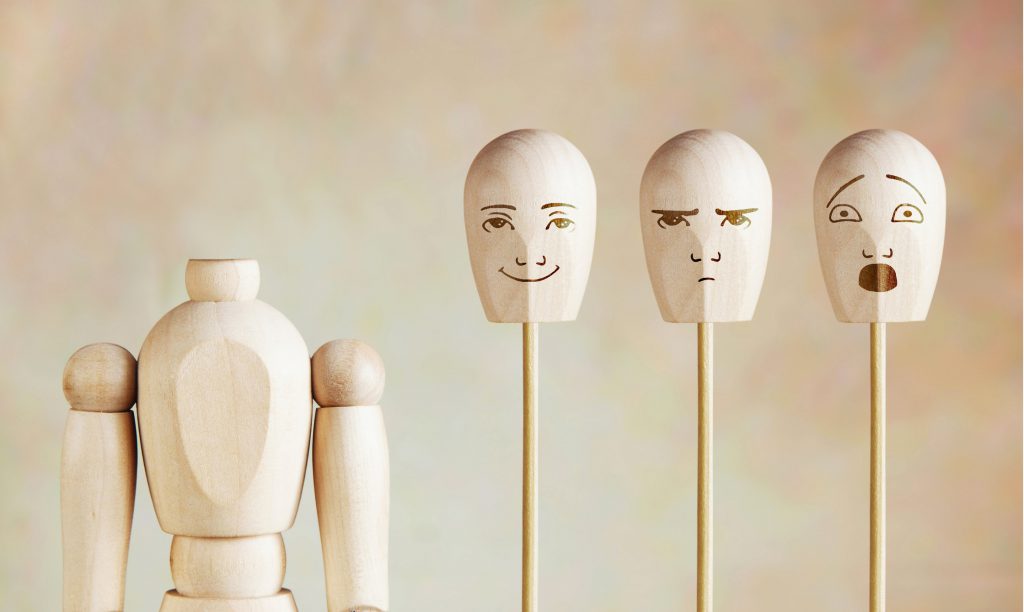 Diverse emotions like sadness, happiness, fear, and anger are all based on common building blocks of valence (i.e., pleasure/displeasure) and arousal, according to new research published in Psychological Science.

Previous research has focused on each emotion resulting from specialized and distinct brain circuitry. Psychological scientist Christine Wilson-Mendenhall of Northeastern University and colleagues wanted to investigate the brain regions in common among all the emotions.

The researchers hypothesized that core affect — arousal state and general pleasant or unpleasant feelings — would modulate experiences of happiness, sadness, and fear depending on the context. They predicted that activity in brain regions such as the orbitofrontal cortex and the amygdala would correlate with the valence of participants’ feelings, both within and across the three different emotions.

Participants listened to detailed descriptions of everyday scenarios, such as a roller coaster ride, while undergoing brain scans in a functional magnetic resonance imaging (fMRI) machine. After hearing and imagining themselves in the scenario, the participants were asked to rate their level of arousal and how pleasant or unpleasant they felt.

The researchers found that brain activity in the orbitofrontal cortex — a region associated with reward and value — increased as the pleasantness that participants experienced increased, regardless of the particular emotion associated with a given scenario.

At the same time, activity in the amygdala — a region associated with arousal and fear — increased as feelings of arousal increased, regardless of whether the imagined scenario made the participant feel sad, fearful, or angry.

The fact that the brain regions showed similar patterns of activation across such a wide range of emotions and scenarios suggests that valence and arousal are common building blocks of all emotions.

“Our results are consistent with the idea that core affect is a basic ingredient of many psychological phenomena,” the researchers conclude.

I think Lisa Barrett would agree with this conclusion. She suggests in “How Emotions Are Made, 2017,” that emotion is added to gene predictions when they are stored giving the resulting actions valence.