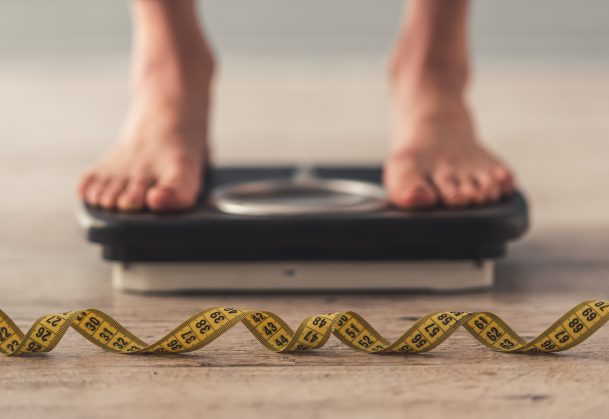 Considerable research explores the relationship between negative emotion and disordered eating behaviors, such as binge eating and purging. But a new study suggests that positive emotions may also play a role in rewarding and maintaining these kinds of behaviors.

“Individuals with eating disorders have long been thought to experience distorted emotions, particularly in the negative realm, which may contribute to problematic eating behaviors,” researcher Edward Selby of Rutgers University and colleagues explain in a new article in Clinical Psychological Science.

For example, research has shown that individuals with anorexia and bulimia may have more difficulty identifying, describing, and expressing their own emotions, in addition to having difficulty recognizing the emotions of others. But little research has specifically examined positive emotion as a contributing factor.

Based on previous work, Selby and colleagues postulate a model that outlines a role for positive emotions in promoting disordered eating. Specifically, they hypothesize a feedback loop in which progress toward goals related to weight and body shape elicits a positive emotion, such as pride. Difficulty differentiating between positive emotions, however, means that the initial feeling of pride may be enhanced, and may elicit other positive emotions that reward and motivate further weight-loss behaviors.

Ultimately, the link between positive emotion and weight-loss behaviors may turn into a vicious cycle, continuing even after initial weight-loss goals are met.

The researchers recruited 118 women who had been diagnosed with anorexia to participate in the study. Using digital recording devices, the women rated their emotions and recorded their weight-loss and evaluation behaviors multiple times over the course of 2 weeks.

Although more research is needed to fully understand the role that positive emotion plays in anorexia, the researchers speculate that dysregulated positive and negative emotion may “result in a perfect storm of motivation for weight-loss activity, thereby leading to weight loss well beyond what is healthy or attainable for most people.”

Further research may shed light on how addressing dysregulated positive emotional responding can be incorporated as part of treatment for anorexia.

Interesting reasearch…appears to correlate with other known predictors of relapse or abuse in the addiction science field. Has always puzzled me..why both ends of the emotional spectrum – especially the more positive side – will trigger the addictive cycle.