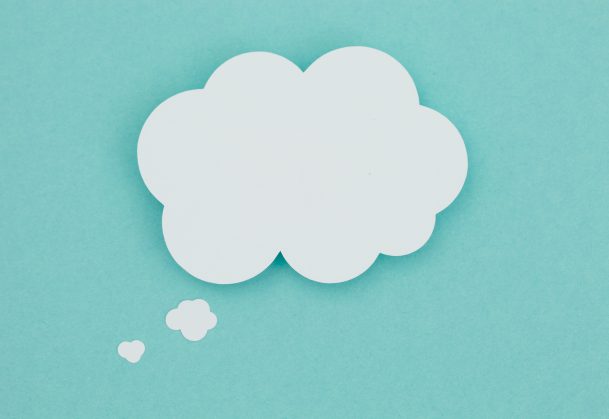 People with ADHD are known to have trouble staying on task, their attention drifting elsewhere. Research published in Psychological Science, however, suggests that their minds may not be wandering at all, but instead going…blank.

A wandering mind maintains a continuous train of thought, such as a daydream, that is simply unrelated to the task at hand. While any child can become distracted in this way, the study found that the minds of children with untreated ADHD were more likely to simply go blank, leaving them with no reportable mental content. The findings also showed that these children experienced similar levels of environmental distraction as their peers.

While these findings conflict with previous studies that have documented increased mind-wandering among individuals with ADHD, the authors of the new study note that participants in previous studies typically did not have the option to report instances of mind blanking. This has led the authors to suggest that ADHD may in fact lead to mind blanking at the expense of on-task focus and self-generated thoughts.

Study co-author Charlotte Van den Driessche, Paris Sciences et Lettres Research University, said that this research is, to her knowledge, the first to use experience sampling rather than external behavioral cues to study the mental state of young ADHD patients. Van den Driessche cautioned that while these findings do not yet have direct implications for the treatment or diagnosis of ADHD, they could lead to better outcomes for children with the disorder.

“What I would say, as a child psychiatrist, is that our empirical demonstration of the stream of thought of children with ADHD enriches our understanding of the disorder beyond its well-known behavioral and cognitive components. And a better understanding of a disorder always improves empathy in the caregivers and therefore the global support of the patient,” she said.

The study consisted of 80 children ages 6 to 12 years old – 20 were untreated for ADHD, 20 were treated with methylphenidate for ADHD, 20 were diagnosed with other psychiatric conditions, and 20 showed neurotypical development. Van den Driessche and colleagues recruited the children through École Normale Supérieure University and the pediatric psychiatry unit of Hôpital Robert-Debré in France. Participants completed a series of intentionally unengaging tasks that were randomly interrupted by eight thought probes prompting them to orally describe their thoughts, select a drawing that represented their mental state, and categorize their thoughts into one of five options: on-task focus, mind wandering, distraction, task-related interference, and mind blanking.

Children treated with methylphenidate reported the same level of mind blanking as did those without ADHD. but only their rate of mind wandering felllevels. This doesn’t mean that methylphenidate is unnecessary or ineffective for these patients, said Van den Driessche – rather, it suggests that mind wandering and on-task focus stem from common mechanisms that share executive resources.

“A deficit in executive functions entails shorter episodes of thoughts resulting in a chaotic flow of consciousness that is either more difficult to report verbally, or that contains empty, non-reportable ‘gaps,” she explained. “Our interpretation of the paradoxical finding that, in the context of our dull task, methylphenidate increases mind wandering is that methylphenidate fosters sustained train of thoughts whatever their origin.”

A second study of nonclinical adults, 15 out of 40 of whom were assigned to the ADHD group based on self-reported symptoms, found a similar decrease in mind-wandering and on-task focus in favor of mind-blanking, suggesting that the pattern extends across age groups.

A recent study on temporal expectation deficits also found that while neurotypical adults generally pause their eye movements in anticipation of a pattern, adults with ADHD don’t show this kind of pause. The finding supports the current understanding of ADHD as impairing attention and anticipation processes, but the researchers also found that individual level of focus was a better predictor of the temporal expectation pause than whether or not someone was diagnosed with ADHD was.

Together, these studies illuminate the range of neuropsychological function among people with ADHD.

Further study is still needed on whether mind-blanking in children and adults with ADHD is a result of an executive function deficit leading to a truly blank state or a metacognition deficit that leads to the perception of blankness after a thought has occurred, according to the study authors. The cognitive consequences of mind blanking verses mind wandering also warrants additional research, Van de Driessche added.

Publications > Observer > Observations > ADHD May Stop Thoughts in Their Tracks

Yes! I am very excited to read about this study since I am suffering from ADHD as well and I have been experiencing this “blank state” symptom for some time now. It has had a serious impact on my life but I felt like I was the only one with this symptom. Excited for future research!

I have never been diagnosed with ADHD but I have a learning disability — dyslexia. On occasion my mind goes blank when I have to perform cognitive task such as speaking a foreign language or doing math problems. I have always associated this with anxiety. My son who has been diagnosed with ADHD and dyslexia also talks about his mind going blank. Were there any measurements of anxiety taken across the different groups?

OMG thanks for this article, I have been searching for literally decades to find anyone anywhere mentioning this symptom. I had been mocked throughout my life by “smart” people when I actually scored better than they did, all because I “didn’t seem smart”.

Even in my middle age, I have years ahead of me of therapy from the sense of mistrust and alienation and hopelessness/helplessness I feel with others and the anger that has built inside me as a reslt of my youthful naivete.

Thank you for this wonderful summary!
Distinguishing between mind wandering and mind blanking is so interesting and I think extremely important too.
It would be absolutely fascinating to see if “mind blanks” are something which has to do with certain types of internal or external stimulus or whether there are ways to work around these blanks.
As someone with ADHD myself, I have experienced these blanks my whole life and continue to today even though I have been treated with medication since being diagnosed last year. I often refer to the blanks affectionately as “brain farts”.
Personally, I’ve noticed them happening while I have to juggle different forms of memory at the same time. A salient example is engaging in procedural and working memory simultaneously i.e. walking from room to room while holding conversation, finding my purse to pay for things while speaking with a cashier, raising my hand to ask or answer a question in class.
It feels almost as if my brain has short-circuited mid-process.
The above mentioned situations where mind blanking has happened may be for an entirely different reason, of course! It’s simply a pattern I’ve noticed in my own behaviour and cognition, and very much musing conjecture about a possible theory.
I’ll have to research and see if there’s information about other possible factors, and am keen to see what other aspects may contribute to these confounding “brain farts”.
Thanks again for synthesising these studies into a neat article!