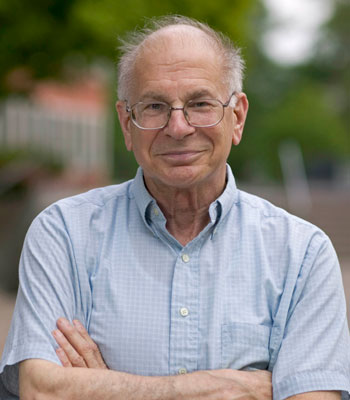 Nobel Laureate and APS Fellow Daniel Kahneman, a pioneer in the field of behavioral economics, is one of 16 people who will receive the Presidential Medal of Freedom later this year from President Barack Obama, the White House announced August 8.

The Medal of Freedom, awarded for meritorious contributions to the security or national interests of the United States, to world peace, or to cultural or other significant public or private endeavors, is the highest civilian honor in the United States.

The citation for Kahneman lauds him as a “pioneering scholar of psychology” and credits him with laying the foundation for applying cognitive psychology to economic analysis. He received the Nobel Prize in Economics in 2002 for his work, particularly his studies on human judgment and decision-making under uncertainty. He conducted much of his work in collaboration with cognitive and mathematical psychologist Amos Tversky, who died in 1996.

Kahneman is Eugene Higgins Professor of Psychology Emeritus at Princeton University and a professor emeritus of psychology and public affairs at the Woodrow Wilson School of Public and International Affairs. He joined the Princeton faculty in 1993.

He has won the Hilgard Award for Lifetime Contribution to General Psychology and the Warren Medal of the Society of Experimental Psychologists. In 2011, he was named a distinguished fellow of the American Economic Association.

Kahneman’s most recent book is Thinking, Fast and Slow (2011), which examines the way people think. Kahneman asserts that the fast thinking approach is intuitive and emotional, while the slower thinking approach is more deliberate and logical. He provides insights into how people make choices in their business and personal lives, and demonstrates “where we can and cannot trust our intuitions and how we can tap into the benefits of slow thinking.”

For a deeper look at Kahneman’s work, see “Inside the Psychologist’s Studio” at the 20th APS Annual Convention in 2008.