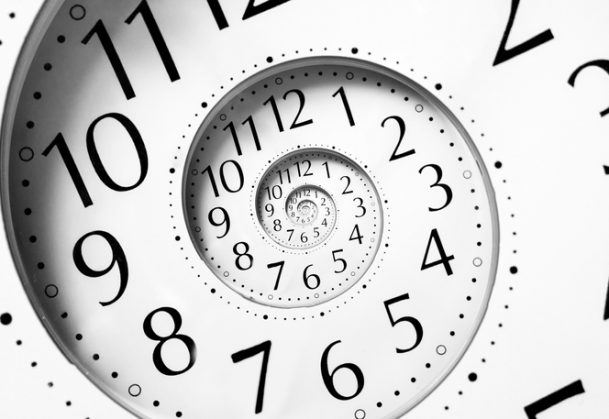 An advantage of being APS president is that I hear lots of opinions on the state of our science. One common refrain, particularly from people concerned with the credibility of our scientific enterprise, involves shaking up the field, or even burning it to the ground, so that a better science of psychology can emerge from the ashes. Translation: Some of our colleagues want a Kuhnian-style scientific revolution. If you share this view, this month’s president’s column is for you.

To date, discussions about remaking psychological science have largely focused on how scientists behave. Best practices are important, of course, but let’s go beyond that to consider how scientists think. In this regard, inspiration can be found by returning to our roots, when mental philosophy was transforming itself into a full-fledged science of the mind.

In The Principles of Psychology, published in 1890—and its shorter version, entitled Psychology: Briefer Course, published 2 years later—the great William James reflected on the nature of psychological categories. James questioned the deeply rooted assumption of his day that the human mind is structured like a set of mental organs—as types of thoughts, types of perceptions, types of feelings, types of actions—each with its own psychological process, and implemented in its own dedicated set of bodily changes or neurons. In this view of the mind, which we know as faculty psychology, the instances of a psychological category, such as anger, are thought to share a set of features that define the category and distinguish it from others, such as fear, episodic memory, or perception. Faculty psychology is an example of what philosophers refer to as typological thinking, which is a close cousin of essentialism: the belief that each category has a deep, invariant, and immutable cause that makes the category what it is, distinct from other categories.

James was skeptical of typological thinking, as his writing on the nature of emotion categories reveals:

“The varieties of emotion are innumerable . . . The mere description of the objects, circumstances and varieties of the different species of emotion… are to a great extent either fictitious or unimportant, and that its pretenses to accuracy are a sham. . . . The trouble with the emotions in psychology is that they are regarded too much as… eternal and sacred psychic entities, like the old immutable species in natural history.” (James, 1892/2017, Sections 374–375)

With this passage, James was advocating for the emerging science of psychology to depart from the typological mindset common in the other 19th century musings about the human mind. He was comparing that mindset with a similar one found in pre-Darwinian ideas about animal species, which were thought to have inherent “essences,” or perfect platonic forms. Before Darwin, the essence of a species—the features that define its type—was thought to be real in nature. Variation—as deviation from that perfect form—was considered to be irrelevant imperfection. Darwin’s On the Origin of Species (1859) changed all that, introducing the idea that biological categories are populations of variable instances. This populations mindset considers the variation to be meaningful and important in nature, whereas the type is a mere abstraction (Mayr, 2004).

Today, typological thinking remains firmly rooted in a substantial portion of psychological research, despite the fact that psychological scientists periodically reiterate James’s concerns (for one lovely empirical example, see Gallistel, 2012). Consider the iconic psychological experiment, for example, in which people are randomly assigned to different conditions of an independent variable. We expose participants to stimuli and then measure their responses.  The goal in a traditional laboratory experiment is to constrain or reduce within-group variation, making it easier to observe variation across groups. When we observe variation in responses within an experimental condition, the epistemic assumption is to treat the variation as error. But this approach, in effect, ignores Darwin’s insights: Variation within categories is meaningful and therefore important to observe and study.

Darwin’s insights likely hold true for any category that involves living creatures, including psychological categories that are created by experimenters in laboratories. Some studies do focus on individual variation, but by and large it is still common practice to make inferences about the mean value of group variation. Yet the mean, as a summary statistic, is an abstraction that does not fully capture the psychological reality of each individual in the group. As some biologists like to say, no two individuals on the planet, not even monozygotic twins, are identical. If the ultimate goal is to understand the causes of mental activities and behaviors, then we must model individual variation. Otherwise, our inferences refer to fictional abstractions in fictional environments.

Taking things a step further, I’ve wondered whether typological thinking is responsible, at least in part, for the fact that our experiments do not replicate as well as we might like (Barrett, 2015). Laboratory experiments isolate one or two variables, manipulate them, and expect to observe moderate to large effects. This expectation relies on a mechanistic view of the human mind that is deeply entwined with typological thinking: that is, the view that a psychological phenomenon has a few simple, strong causes that produce equally strong effects. These effects, the argument goes, should be easily replicated from experiment to experiment, as long as the experimental methods are properly controlled, the sample is sufficiently large, and statistical analyses are properly run.

In reality, however, the brain and the body are less like simple, mechanistic systems and more like complex, dynamic systems that are influenced by many nonlinear, interacting causes. Any single variable will have a weak effect on the system, and, more important, we can’t separately manipulate one variable and assume that the others remain unaffected. If the brain and body are complex dynamic systems, but we treat them like simple mechanistic systems in a laboratory experiment—targeting one or two variables and leaving the more complete web of influences unmeasured and unmodeled—then the impact of that fuller web appears to us as unbridled variation, masquerading as a failure to replicate. But the other possibility—the possibility discovered by Darwin and discussed by James—is that variation is meaningful. The absence of replication may, in fact, be the presence of meaningful variation with structure that we can discover and model only if we design our studies to measure and observe it. This leads to the startling possibility that our standard experimental method—the laboratory experiment—is in need of a major overhaul. This epistemic earthquake about measuring the mind brings with it a shift in our ontological assumptions about what a mind is.

In reality, few scientists might actually think about the mind as resulting from a few simple, mechanistic causes, and only a handful might defend the assumption that a mind is structured as a set of idealized categories of mental types. Nonetheless, conventional laboratory experiments, combined with conventional analytic approaches that rely on aggregating data over time, contexts, and/or individuals, keep us trapped in a typological mindset, whether we endorse that mindset or not. Such experiments inadvertently obscure an inescapable truth: When it comes to the mind and behavior, variation is the norm. Our traditional toolbox of experimental methods may not be up to the scientific task that is required for a robust science of psychology, no matter how carefully and diligently we use those methods.

If this is the case, then discussions of how to improve the credibility of psychological science, following their current course, will not yield the scientific revolution that some are seeking. Even as we take more care with our methods and statistics and curtail whatever bad habits we find lurking about, lack of replication may still emerge. And that’s because the variation that scientists have been dismissing as error may, in fact, be the phenomenon of interest.

So, here is my challenge to those who want to shape the future of our field. Consider rejecting typology and cultivating a mindset of variation, as James recommended. Consider embracing a populations mindset, following Darwin’s lead. Design studies and model the results to capture variation and discover the underlying features that produce it instead of treating it as error. Capture the complexity of causation: Every action and every mental event emerges from a rich milieu consisting of a large number of weak, interacting influences. If enough of us accept this challenge, then perhaps there will be no need to burn the field to the ground. We might start a little bonfire here and there, and then toast a few marshmallows to celebrate as we remake our science into the robust, generalizable enterprise we all desire.

Gallistel, C. R. (2012). On the evils of group averaging: commentary on Nevin’s “Resistance to extinction and behavioral momentum.” Behavioral Processes, 90, 98–99.

For the interested reader, here are a few additional sources that inspired me while writing this column:

The idea of taking variation as the prime focus of psychology would not seem much of a Kuhnian paradigm shift to clinicians,personality psychologists,or testing/scaling specialists who are concerned above all with individual differences, along with their origins and distributions. However, it is a good reminder to experimenters and typologists.

Brava! This hits home for those of us doing fMRI research, which is now requiring relatively large numbers of participants (30-100) for publication and hundred-s- of participants are preferred. Then, the researchers are slowly learning to attend only to large effect sizes. In some cases, it is the radiologists and statisticians driving the research, not the psychologists, even though they are asking psychological questions. Thanks for this essay.

It is a well written and thoughtful column. I am a senior in college and I desire to be a Clinical psychologist. I am a nontraditional student I am forty-eight years old, so that in itself causes me to view the study of the mind differently. This article perfectly articulates my thoughts. Thank you.