It’s well-known that people who are taller and attractive are more likely to garner managerial positions than people of shorter or average stature and appearance. But new research suggests that, at least in some societies, a surname could determine whether you have the proverbial corner office or a cubicle.

A newly published study in Germany has found that people with noble-sounding last names, such as Kaiser (“emperor”), König (“king”), or Fürst (“prince”) may have an advantage on the management track compared to people with names like Koch (“cook”) or Bauer (“farmer”). 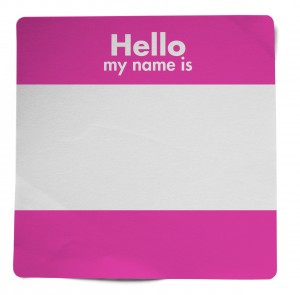 Raphael Silberzahn of the University of Cambridge and Eric Luis Uhlmann of HEC Paris analyzed 84 different surnames among nearly 223,000 private-sector employees and managers. They compared 11 names associated with nobility, such as Baron and Kaiser, to a long list of names associated with everyday jobs, such as Bergmann (“miner”), Schubert (“shoemaker”), and Zimmerman (“carpenter”)

“Among Germans with noble-sounding names, we found 2.7 percent more managers per hundred people than expected, on average,” the scientists write in the journal Psychological Science. And they found 1.1 percent fewer managers among Germans with last names referring to four of the most common occupations.

Silberzahn and Uhlmann added, however, that the effect of ordinary-job name appears to depend on the modern-day prevalence of that occupation. The field data suggested that a name like Shepherd or Wagner (“wagonmaker”), referring to jobs that have largely disappeared from Western society, has no negative effect on one’s career path.

The researchers say future studies should look at whether noble-sounding surnames are more or less likely to affect career growth in other countries, especially in those where a last name is less salient. They noted that in modern German business culture, people commonly address each other by last name, while in the US, the emphasis tends to be on the first name.

They also call for studies on how bearing a noble name may shape self-perceptions, leading people with names like King or Duke to seek out higher-status jobs.

I’ve wondered whether such names as “Lawless” or “Drinkard” would hinder a person’s career, at least in certain fields such as law enforcement, banking or the legal profession. Would someone named Poorman be welcome as an investment advisor?

For laughs I’ll add that two brothers in my high school had the family name Gass, and they were both sousaphone players.