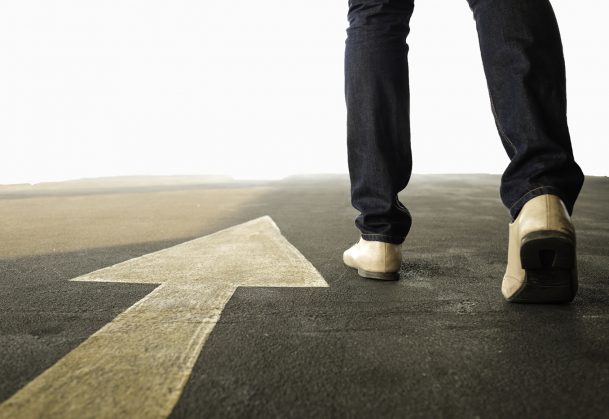 Humans are creatures of habit, as the saying goes, and the evidence is mounting that many of our bad habits are growing at a steady pace. Numerous studies indicate that people increasingly struggle with a range of negative behaviors, including smoking, overeating, inadequate exercise, and excessive spending — and they have trouble adopting and sticking with new, healthier, and safer behaviors.

“Changing behavior in lasting ways is really difficult,” said APS Fellow Russell A. Poldrack of Stanford University at the start of a cross-cutting theme program sponsored by the NIH Common Fund Science of Behavior Change and titled “Breaking Free — Intersecting Perspectives on the Science of Behavior Change,” during the 2016 APS Annual Convention in Chicago. Poldrack was one of six psychological scientists who presented cutting-edge research into behavior modification. 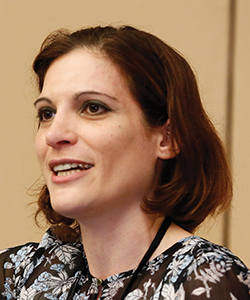 Inbal “Billie” Nahum-Shani is part of a multidisciplinary research team experimenting with ways to turn mobile-sensor data into reliable and actionable health information.

Individuals tend to revert to their first-learned behavior during times of stress or when they experience difficulty sustaining the attention needed to persist with their newly adopted behaviors, Poldrack said. In these situations, individuals struggling with change demonstrate an attention bias for earlier, well-established habits that often reemerge with little conscious effort.

Poldrack conducted a study designed to determine whether food-consumption behaviors could be modified despite attention biases for specific types of junk food. In the study, which used a go/no-go task with audible cues, participants viewed images of junk food items presented in pairs on a computer screen and then pressed a button before the images disappeared from the screen only if they heard a tone. Preference for various food items was assessed through two auctions — before and after the task — in which participants were asked to enter small bids for the items.

Findings showed that despite their attention biases, participants showed a greater preference for food items that appeared on the computer screen with the audible cue than without it. Those results suggest that the cue effectively boosted attention for targeted food items and helped modify food-consumption behaviors.

“We have seen in a number of studies that this has a robust effect in changing behavior,” said Poldrack. “We can drive people to choose something more often simply by making them press a button when they see it.” 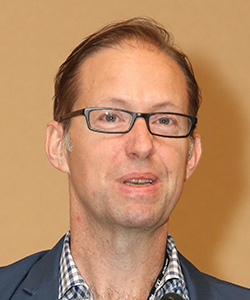 People may be prone to revert to first-learned behaviors, but APS Fellow Ronald E. Dahl (University of California, Berkeley) took a developmental approach to outline how we may be able to prevent these behaviors from taking root in the first place. In his presentation, Dahl pushed for designing behavioral interventions focusing on developmental windows when these patterns of behavior are first taking shape — such as in early adolescence, when bad habits such as smoking, substance abuse, and unhealthy diets often get their start.

Early adolescence presents opportunities to establish positive habits during this important period of brain maturation and a time of enormous psychological growth and changes, Dahl said.

“We need to move beyond just thinking about adolescents as having an immature prefrontal cortex or weak cognitive control,” he added, citing a paper coauthored with APS Fellow Eveline Crone of Leiden University, the Netherlands, that advanced the idea of early adolescence as a window of opportunity for social, emotional, and motivational learning in ways that have important implications for designing interventions aimed at promoting behavior change among youth. 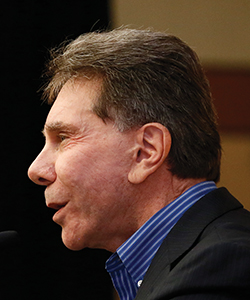 APS Fellow Robert B. Cialdini says the right kind of message framing could help get people to adopt behaviors aimed at larger social goals, such as energy conservation.

Dahl encouraged research and interventions that address the increase in motivational salience related to social and affective processes — including the need to belong, concerns about social status, and identity formation — among adolescents.

As an example, he cited the Truth campaign, a national antismoking initiative designed to change social norms and reduce youth smoking. Dahl said the campaign was highly effective because it increased feelings of empowerment among young people by helping them to recognize that they could rise above being “duped” by tobacco advertisers.

In learning new behaviors, people typically make mistakes along the way and then use feedback about their progress to adjust and improve their performance. In his presentation, APS Fellow Bruce D. Bartholow of the University of Missouri highlighted research that demonstrates how alcohol consumption interferes with the self-regulation needed for behavior change by affecting one’s perception of errors.

Previous research has indicated that alcohol consumption leads people to make mistakes — and fail to correct those errors — because they aren’t aware of them. Bartholow takes a different view.

Though alcohol consumption may indeed make people less aware of their missteps, Bartholow proposes that it impacts their performance by reducing the negative affect or distress they experience as a result of these errors. According to Bartholow, distress signals are needed to motivate people to improve their performance after they learn they are making mistakes. In other words, they need to be bothered by falling short of their goals.

Bartholow described findings from a study he conducted that examined the extent to which alcohol consumption was related to the errors that participants made on a task that measures racial bias. In a sample of 67 adults randomly assigned to drink an alcoholic beverage, a placebo, or a nonalcoholic beverage, participants who consumed moderate amounts of alcohol made the most errors associated with racial stereotypes and showed the least motivation or ability to modify their responses.

Bartholow suggested that the findings provide evidence of how alcohol consumption may interfere with individual behavioral-change goals in a variety of contexts, including those involving racial stereotyping and discrimination.

So what can be done to get people to use adaptive strategies that could help them stick with their long-term health goals when faced with stress? 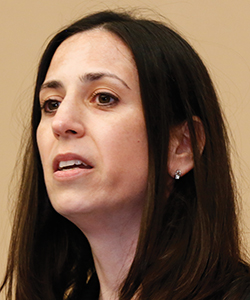 “Most of us are familiar with brief exercises that we can employ in real time to regulate stressful experiences,” said Inbal “Billie” Nahum-Shani of the University of Michigan. “The most basic ones are taking a deep breath and counting to three. For various reasons, we fail to use the strategies as the stress occurs in real life.”

Nahum-Shani is developing the “Just-In-Time Adaptive Intervention” (JITAI) tool, which would provide real-time delivery of personalized information, behavioral prompts, and recommendations to patients via their mobile devices during times of stress.

The JITAI tool for health-behavior-change goals would include sensors to detect increases in stress as reflected by changes in physiological markers, including heart rate and body temperature. Since physiological changes are measured on a minute-by-minute basis, the tool would be able to transmit individually tailored prompts before the stressful situation escalates and becomes too difficult to manage.

“We have to continuously monitor the individual’s physical states,” Nahum-Shani said. “The right time to provide support is expected to change rapidly and unexpectedly.” The behavioral scientist indicated that many questions, such as those surrounding the timing and frequency of prompts, still must be addressed to make sure the tool meets the needs of patients.

Individuals often are exposed to healthy-behavior interventions via pamphlets, billboards, and media campaigns. Exactly how these messages are framed — and to  whom they are directed — may make a difference in whether they have an impact on the targeted behavior, said psychological scientist Mary A. Gerend of Northwestern University. 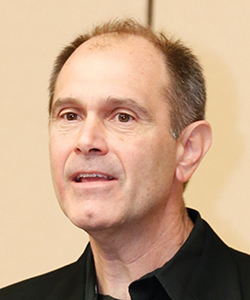 “These subtle alterations in the way a message is framed can have important effects on people’s motivation and their health behavior,” said Gerend, who conducted three studies that examined the impact of gain-framed and loss-framed messages in connection with different health behaviors, including fruit and vegetable consumption, human papillomavirus vaccinations, and the intake of dietary or calcium supplements.

Findings from Gerend’s studies indicate that the effectiveness of either a gain- or loss-framed message is associated with a participant’s emotional state, motivational orientation, and risk perception. Among participants in her study of fruit and vegetable consumption, for example, messages were framed using either “gain” or “loss” language. Findings showed that participants who reported feelings of fear responded better to loss-framed than gain-framed messages, whereas those who reported feelings of anger were more receptive to gain-framed than loss-framed messages. In general, study participants reported greater increases in fruit and vegetable consumption from baseline to follow-up when the message frame matched their emotional state.

As demonstrated by APS Fellow Robert B. Cialdini, the framing of messages also could be of value in getting people to adopt positive behaviors aimed at larger social goals, such as energy conservation and pollution reduction.

Cialdini, of Arizona State University, designed two field experiments that examined the effects of signs used by hotels to encourage guests to reuse their towels as part of efforts to protect the environment and save resources. In the field experiments, different versions of the signs were randomly placed in hotel rooms and framed in motivational language based either on environmental protection (e.g., “You can show your respect for nature and help save the environment by reusing your towels during your stay”) or on social norms (e.g., “The majority of guests reuse their towels”).

Findings from the research indicated that guests tended to reuse towels more frequently when exposed to requests framed in terms of social norms rather than those based on environmental conservation. Furthermore, findings showed that guests tended to reuse towels at greater rates when told that the majority of guests who previously had occupied their room did so than when they were told simply that most hotel guests engaged in the behavior. 

I think we need to pay more attention to Carol Dweck’s research on motivation. Individualism and competition, reinforced by grading in education, has lead to many of us being more performers than learners. Performers have a tendency to avoid learning when mistakes are taken as personal failures. Learners do better by taking mistakes as education. I personally beat obesity, over a 20 year period, by being a learner.

The impulsive behavior and decision making that characterize adolescence are
a developmental feature, not a bug, says APS Fellow BJ Casey. More