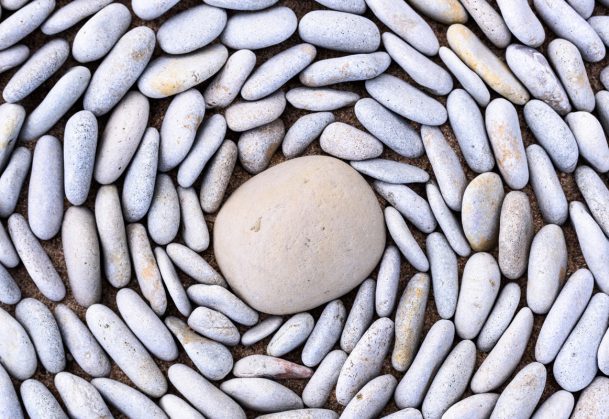 In the late 1990s, Jane Anderson was working as a landscape architect. That meant she didn’t work much in the winter, and she struggled with seasonal affective disorder in the dreary Minnesota winter months. She decided to try meditation and noticed a change within a month. “My experience was a sense of calmness, of better ability to regulate my emotions,” she says. Her experience inspired a new study which will be published in an upcoming issue of Psychological Science, a journal of the Association for Psychological Science, which finds changes in brain activity after only five weeks of meditation training.

Previous studies have found that Buddhist monks, who have spent tens of thousands of hours of meditating, have different patterns of brain activity. But Anderson, who did this research as an undergraduate student together with a team of University of Wisconsin-Stout faculty and students, wanted to know if they could see a change in brain activity after a shorter period.

At the beginning of the study, each participant had an EEG, a measurement of the brain’s electrical activity. They were told: “Relax with your eyes closed, and focus on the flow of your breath at the tip of your nose; if a random thought arises,  acknowledge the thought and then simply let it go by gently bringing your attention back to the flow of your breath.”

Then 11 people were invited to take part in meditation training, while the other 10 were told they would be trained later. The 11 were offered two half-hour sessions a week, and encouraged to practice as much as they could between sessions, but there wasn’t any particular requirement for how much they should practice.

After five weeks, the researchers did an EEG on each person again. Each person had done, on average, about seven hours of training and practice. But even with that little meditation practice, their brain activity was different from the 10 people who hadn’t had training yet. People who had done the meditation training showed a greater proportion of activity in the left frontal region of the brain in response to subsequent attempts to meditate. Other research has found that this pattern of brain activity is associated with positive moods.

The shift in brain activity “was clearly evident even with a small number of subjects,” says Christopher Moyer, one of Anderson’s coauthors at the University of Wisconsin-Stout. “If someone is thinking about trying meditation and they were thinking, ‘It’s too big of a commitment, it’s going to take too much rigorous training before it has an effect on my mind,’ this research suggests that’s not the case.” For those people, meditation might be worth a try, he says. “It can’t hurt and it might do you a lot of good.”

“I think this implies that meditation is likely to create a shift in outlook toward life,” Anderson says. “It has really worked for me.”

I am wondering if there are meditation workshops during the summer. My husband has cognitive decline and I would like to explore the possible benefits of meditation or other practices that might improve his situation. We live in Brevard, NC, and we are retired. Our son, Glenn, will be moving to Madison this summer and will begin the PhD program in computer science (machine learning) in the fall. Thank you, Kathy Palmer